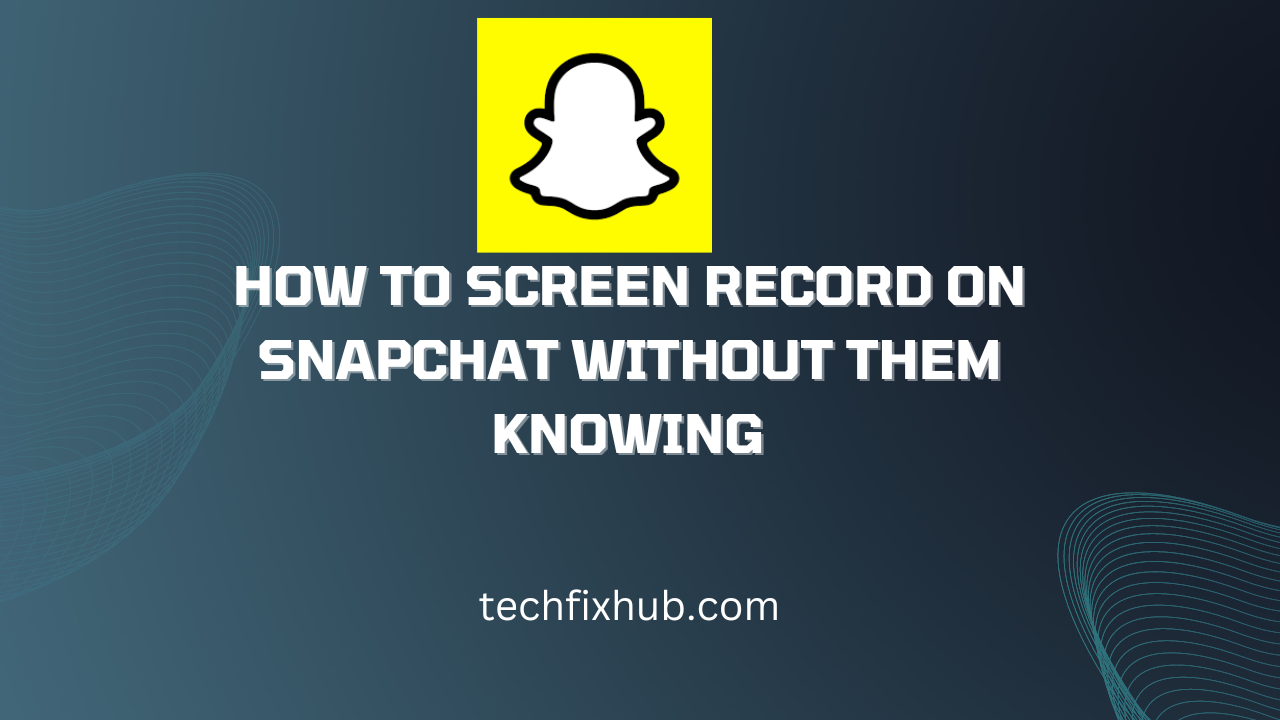 The point of using Snapchat for messaging is its privacy; you can send a photo or video to someone and be confident that it will automatically get deleted in no time. However, are you sure it gets completely deleted?

When it comes to online services, certainty is almost always a façade. You can never be certain that the disappearing snaps on Snapchat disappear and are irrecoverable, even if every sign shows that it is. While Snapchat actively tries to make them disappear, there will always be workarounds.

In this article, you’ll learn how to screen record on Snapchat without them knowing. By them, I mean the person on the other side of the conversation since you probably do not want to let them know you’re recording their snaps.

How to Screen Record on Snapchat without Them Knowing

When Snapchat first introduced disappearing messages, people rushed to find workarounds, and most of them worked. First, it was putting your device in Airplane Mode before taking the screenshot so Snapchat doesn’t register it.

If you’re willing to think out of the box, however, you’ll notice that taking screenshots or recording your screen throughout a video isn’t as difficult as some people make it to be. While you can figure it out yourself eventually, we’ll save you some time by helping you out.

Here is how to screen record on Snapchat.

If you have two smartphones or a smartphone and a camera, you can use the other smartphone to take a picture or video of the Snapchat story while it plays. This method is probably the stealthiest way to screen record on Snapchat without them knowing, and it works almost every single time.

There’s a problem with using this method, however. Using another phone to record a photo or video while the original snap plays will cause a subpar photo or video quality. If the second phone has a pretty decent camera, it should look good enough for sharing over the web.

After taking a snapshot of the snap in question, you can also use Google Photos or any other photo editing app to crop out the original photo or video. You can also alter the perspective slightly to make it look almost exactly as it does in the original.

I believe this method doesn’t need a list of steps; simply pull out your smartphone, open your camera application, and take a photo or video. Unless the snap in question is a video itself, I recommend taking a photo, as they’re almost always crisp.

If you’re looking to replicate that, you should probably try it with a friend first. Using the tips I’ll mention below, try screen recording a snap from them to see if the other person gets a notification before trying it on someone you’re seriously messaging on the app.

To screenshot or screen record a snap without alerting the user on the other end, you’ll have to switch your device to airplane mode during the process. Then, you can screen record the snap and clear the app’s cache before switching out of Airplane mode.

To be clear, you must let the snap load before switching to airplane mode. However, screenshotting before activating the Airplane mode goes against the primary idea of this method and sends a notification to the user on the other end.

While this method may work, I’ll recommend against trying it, since so many people report errors that it’s not even worth trying at this point. The best it does in most cases is delaying the notification; as soon as you disable Airplane mode, it sends a notification to the other user that you’ve taken a screen recording.

This may sound extreme, but it’s one of the best ways to screenshot or screen record Snapchat without them knowing. It involves mirroring your phone to a PC, playing the snap, and recording it directly from your PC.

If you can get the story to play, you can record it on your PC with no issues. Some apps and programs let you take a screen recording on both Windows and Mac, making it pretty easy to record Snapchat stories as soon as you can get them to play on your computer.

An intuitive program you can use for screen mirroring is Scrcpy, a lightweight command-line app that lets you mirror your screen to your Windows computer. When you connect to your phone, you can use the mouse on your computer to control certain components on your device.

You can search Google to find how to mirror your screen to your computer using Scrcpy. Then, using one of the popular screen recording apps for your operating system, you can capture your screen while you play the story on your phone.

READ MORE: How to Read Snapchat Messages Without Them Knowing

Screen recordings are possible on Snapchat, but the possibility isn’t the only thing you need to use a feature. When you take a screenshot or a screen recording, Snapchat sends a notification to the person on the other end, making it not exactly a private affair.

Since you don’t want them to think you’re making a copy of the private photos and videos they’ve entrusted you with, you may want to find ways around the notification. If you’re using any of the suggestions from here, ensure you try it with someone that doesn’t mind first; we can’t guarantee the working 100%.