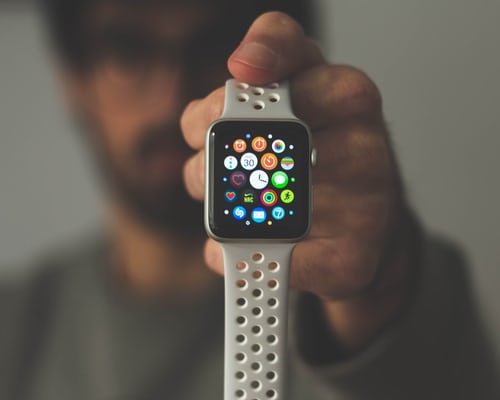 Apple Watch won’t Turn On after being dead? If yes, then we will show you all the working solutions to get the Watch running again. But before then, I would advise you not to use a screwdriver on the Watch unless you are an engineer.

This problem mostly occurs when you take your Apple Watch to the pool. In most cases, the Watch will on but will never function or even trip off later. However, if the problem is not caused by water, you can fix it without talking to any engineer. Do you know why? Because water damage is more critical.

Why Is My Apple Watch Not Turning On?

Although they are several things that could be stopping your Apple Watch from turning on, they are water, overcharging, or it falls from somewhere. However, if none of these things happened, then probably your Apple Watch has developed a fault, and it’s recommended to take it to the engineer for repair.

But before you hand over the issue to the engineer, make sure you’ve tried all the recommended solutions below.

How To Fix Apple Watch won’t Turn On After Being Dead.

Before you take your Apple Watch to any engineer, first of all, try all the recommended solutions below. If the problem persists, then you can go ahead and hand over the issue to any engineer.

A low battery could make your Apple Watch not to on. Try leaving it plugged in for 30 to 1 hour before turning it on again. However, If that doesn’t work, you probably have a damaged charger. So I recommend you to use a different cable, power bank, and wall socket. Most importantly, do not forget to check the charging port, too—lint can easily get caught in there and stop the pins from gaining connections.

Did your Apple Watch refuse to on after you have tried to power it with different chargers and cords? If yes, then try the next solution.

It could be that your Apple Watch is being frozen. The best thing to do in this kind of situation is to Force the Watch to restart. In this way, it will unfreeze the operating system and get things running again.

Did you tried the above solution, and yet Apple Watch won’t Turn On after being dead? If yes, then move to the next solution.

To turn off the Screen Curtain,

NOTE: The Screen Curtain turns on if VoiceOver is switched on. So if you don’t use VoiceOver, it’s recommended to turn it off as it will limit Screen Curtain from turning on often.

To turn off VoiceOver, go back to the Watch app on your iPad or iPhone and hit the General tab -> Accessibility -> VoiceOver. Here turn off the switch next to VoiceOver at the top of the screen.

How To Fix Apple Watch Won’t Turn On After Swimming.

Now you have seen how to fix Apple Watch won’t turn on after being dead. However, if your Watch is damaged by water, it will be more critical. Although the Apple Watch may be water-resistant, however, it’s not entirely waterproof(because it’s water-resistant doesn’t mean you should take it to the pool or use it carelessly). Unfortunately, Apple does not include water damage.

Nevertheless, the most dependable method of fixing an Apple Watch that is damaged by water is to clean your Apple Watch and allow it to dried up. You can use a screwdriver to open the Watch and keep it in the sun for some minutes, or you can take it to any engineer so that they will use a hitter to dry it for you.

How To Fix Brand New Apple Watch Won’t Turn On After Being Dead.

Did you purchased a brand new Apple Watch, but it refused to on after trying all the recommended solutions in this article? If yes, then the most helpful thing to do in this kind of situation is to contact Apple to give you a replacement Watch since it is a brand new Apple Watch. However, if it was damaged by water, Apple won’t give you a replacement.

Now you have seen how to fix Apple Watch won’t Turn On after being dead. I hope it worked for you? However, use the comment box if you have questions.