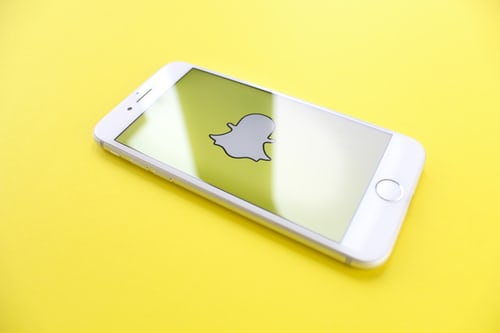 Snapchat is one of the first apps to introduce software-based filters for mobile images. Using Snapchat, you can simulate the use of a special camera lens, add special effects to your photo, change your voice in videos, or straight up distort your face.

Snapchat filters are always fun until they aren’t. When you take a picture on Snapchat and add a filter afterward, Snapchat doesn’t save the original version of that photo.

This poses an obvious problem. Some people only tinker with the filters for fun, and they accidentally hit save. In this scenario, is it impossible to get that perfect shot back without retaking it?

In this post, you’ll learn if it’s even possible to recover a Snapchat photo after saving it with a filter, and how to do it if it’s possible.

Can You Remove a Snapchat Filter After Saving the Picture?

It is possible to remove a Snapchat filter that disfigures your image from inside of the Snapchat app using the built-in Magic Eraser tool. This tool works across both operating systems that support Snapchat, and exclusively for shots taken inside the Snapchat app.

Removing Snapchat filters isn’t a feature that Snapchat provides. However, the app will let you change the filter on photos, even after you’ve saved them.

By using this filter-changing feature, you can change to a seemingly empty filter to get back your original picture in all of its glory. If all of these sounds confusing to you, don’t fret; I’ll show you how to get rid of a Snapchat filter in the next section.

How to Remove Snapchat Filters from Saved Pictures

Before trying to remove filters from an image on Snapchat, you must ensure that it’s saved in your Memories. You must also have the Snapchat app installed on your smartphone, as that’s what we’ll be using for this task.

As long as you meet both of these conditions, pick up your phone and get ready as I walk you through the steps of removing a Snapchat filter from a photo you took using the Snapchat app.

In addition to removing the filter from your image, you can also change the applied filter after the fact. To achieve this effect, you can select another fanciful filter instead of choosing the blank, original filter that returns your picture to the original state.

How to Remove a Sticker from a Snapchat Image

If you added a sticker after taking the shot, you may hate the look of the sticker on the photo after a couple of days. Fortunately, you’re not stuck with this “stickered” image, as you can return it to its pure state.

The steps to achieve this is similar to that of removing the filter, but it differs slightly, which is to be expected. Stickers and filters are two very different things in Snapchat after all.

To remove a sticker from a Snapchat image after you’ve saved it, follow the steps below.

Can You Remove a Snapchat Filter from a Video?

While you can rid Snapchat pictures of unwanted filters, it’s not as easy for a video. As of right now, there is no known way to remove a Snapchat filter from a video after saving it in Snapchat.

If you’ve used a Snapchat filter that made your video look bad, the best you can do is retake the video.

READ MORE: How To Delete A Snapchat That Failed To Send

READ MORE: How to Know the Last Time Someone Was Active on Snapchat

READ MORE: How to Tell if Someone Is Ignoring You on Snapchat

Snapchat is one of the most fun ways to take pictures on an Android or iOS smartphone. The filters always look great until you want to take a serious photo. Snapchat filters make photos look so unprofessional that they’re unusable outside Snapchat.