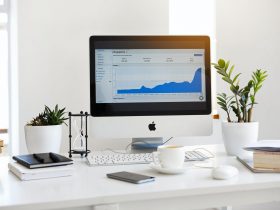 How to Choose the Best PC Monitor for Your Small Business

There’s only one way to know. If you can tell when someone was last active on Snapchat, you can determine if they should’ve seen your message.

However, how do you know this? The information isn’t usually obvious on Snapchat, and it requires some digging. if you’re ready to dig, follow behind as I walk you through how to know the last time someone was active on Snapchat.

How to Know the Last Time Someone Was Active on Snapchat

There are a couple of ways to detect when someone last opened Snapchat, and your access to it mostly depends on your level of friendship with the target.

Now, you can hope the user on the other end hasn’t unfriended you and follow any of the methods below to crack the last time they used Snapchat on their phone.

Firstly, you should know that Snapchat provides no official way to tell the last time someone was active on the platform. All solutions here involve making intelligent guesses using their activity, and they’re mostly inaccurate.

That said, this is one of the best ways to know the time a user was last active on Snapchat, but there’s a catch.

Firstly, the user shouldn’t have enabled ‘Ghost Mode,’ which isn’t up to you, and they must be sharing their location with all of their friends, which isn’t also up to you.

If you don’t already use Snap Maps, it’s a Snapchat feature that tracks your location and makes it accessible to your Snapchat friends. You can turn it off by disabling the feature or enabling Ghost Mode.

If you’re so lucky that the user on the other end didn’t care to enable Ghost Mode, here are steps required to check someone’s last Snapchat activity using Snap Maps.

If the timestamp is absent but replaced with ‘Seen Now,’ it means the user is currently active on Snapchat.

You should know that if you can get this far, the person is probably not avoiding you. The first step towards effective ghosting is unfriending or an outright block.

If either of those happens, it will be practically impossible to complete this method. In that case, you may have to move on to the next one on the list.

While this may sound a bit like stalking, it’s worth trying if you want to find out when someone was last active.

This method won’t exactly show you when someone was last active. Instead, you learn if the user is currently active on Snapchat.

While this might not be the most intuitive way to track someone’s Snapchat activity, it works well.

However, it only works if you’re friends with the user you want to track. If they’ve not added you on Snapchat, you may have to find other ways.

Here are the steps required to carry out this method if you meet all the minimum requirements.

If it doesn’t bring them up, you will be unable to check their Snapchat score. If it brings up their profile, move on to the next step.

From here, the rest of the steps are pretty self-explanatory. Repeat all of these steps in the next couple of minutes and watch out for increases to their Snapchat score.

An increase in their Snapchat score translates directly to new activity on the platform. This way, you can determine if they were active within that timeframe.

Most times, messages on Snapchat return a status report to the sender. If the person in question is your friend on Snapchat, you can tell if they’re ghosting you by sending a message.

When you send a message to your friend on Snapchat, you’ll see Received whenever they come online. Seeing the person’s Bitmoji below a message means they’ve opened it, but they haven’t replied yet.

In short, if all your messages are delivered but don’t receive a reply, the user is casually using Snapchat and most likely avoids you.

READ MORE: How to See If Someone Is Active on Instagram Without Messaging Them

And there goes how to know the last time someone was active on Snapchat. You should note, however, is that an active user not replying to your messages doesn’t always imply a ghosting scenario.

Sometimes, people use the Snapchat camera to take pictures for its superior filters to most phone cameras. If the other user used a Snapchat camera or other Snapchat features before you checked, it registers as an online activity, which isn’t 100% accurate.

However, if you have definitive proof that the other user is deliberately ignoring you on Snapchat, forgetting about them may be the next best step for your mental health.

No votes so far! Be the first to rate this post.

Hi, I’m Chukwuemeka, and I’m a young writer and a self-taught blogger. My job is to publish informative contents that bring a solution to your tech problem. I love you, cheers!

techrul
View More Posts
Hi, I’m Chukwuemeka, and I’m a young writer and a self-taught blogger. My job is to publish informative contents that bring a solution to your tech problem. I love you, cheers! 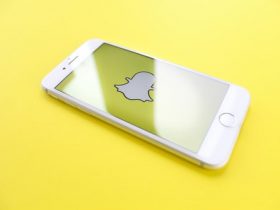 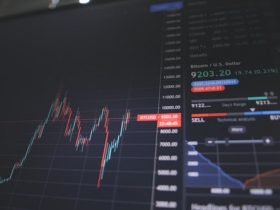 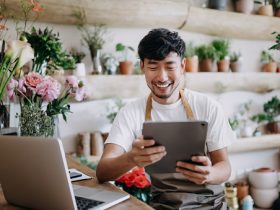 Should I Use My Own Money to Start a Business 2022?

How to Choose the Best PC Monitor for Your Small Business