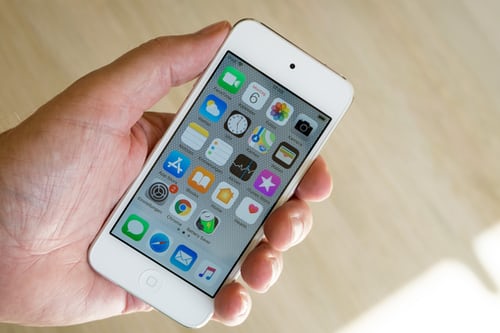 To check the list of photos replaced in iPhone, you have to tap on a message followed by the ‘i’ button on the message thread, but if the picture list seems to be empty. This is a surprise for iPhone users are they might lose some important photos or data due to this issue in the iOS update.  iMessage images not coming up in the info tab on the newest iOS.

Wait a few seconds, and then sign back in with your Apple ID.

You can report such an issue in the Apple feedback section. Apple engineers generally fix such high issues promptly and release them in the next release of iOS. So it is recommended to constantly update to the latest releases of iOS to have a permanent fix.

The photos missing in iMessage after the iOS update is by all accounts bug. As you can not see the photos when you click on a message followed by the ‘i’ button all messages exchanged are gone. you can scroll through the conversation they should all still there as before.

The significant updates commonly reset the total iOS system and sometimes apps take time to restore data from the older version. This can be a reason that your photos in iMessage are not loading with the new iOS version. For this situation, simply leave the phone in charging mode (Turn off battery power saver mode) and a quick WIFI network.

Have you tried all the fixes above but all to no avail? If yes, hard reset can help any app to restart again in the system and recover from pending issues. So you should make a decent attempt resetting the iPhone and check if this assists with recuperating the iMessage photographs.

READ MORE: Unable To Save Contacts On iPhone After iOS Update – Solved

If your photos in iMessage disappeared after iOS Update, hope this helped to solve the issue? use the comment box to drop your questions. Cheers!

3 thoughts on “Photos In iMessage Disappeared After iOS Update: [fix]”