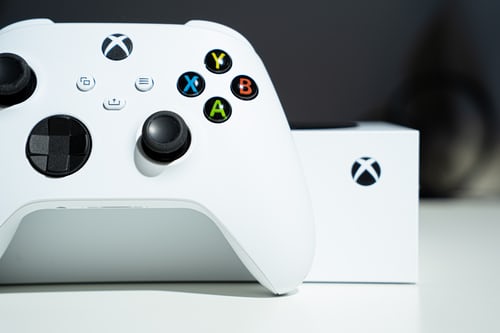 Nobody enjoys having to troubleshoot technical issues with their gaming console. The primary reason for buying a super-expensive console like the Xbox One S is to game, and constant reboots will prevent you from doing so. What should you do when your Xbox One S turns off then on instantly?

If this keeps happening to your Xbox, you should be worried, as it usually signifies a fault. Fortunately, there are only a few unsolvable Xbox faults, as there are fixes available for almost every problem. However, it’s up to you to search around and find these solutions.

If you’ve been looking around, your search is most likely over. In this article, you’ll learn why your Xbox One S turns off then on instantly, and what to do to stop the erratic behavior.

Xbox One S Turns Off Then On Instantly

While your Xbox One S is most commonly referred to as a gaming console, it’s still a computer, and all computers are prone to glitches. An incessant reboot, like what you’re struggling with, isn’t normal, and you should take proactive measures to solve it and ensure that it doesn’t happen again.

When this issue happens for the first time, you can simply ignore it and see if it will happen again. However, if you’re experiencing it repeatedly, it may be time to become a technician and see what the problem is, and the best ways to fix it.

Here are some reasons your Xbox might turn off and on and how to fix it.

As said earlier, your Xbox One S is a pretty beefy computer with a powerful processor to help games run pretty smoothly. When the processor works too hard, it overheats, emitting more heat than the entire cooling system can handle.

Most computers shut down when the temperature of their processor reaches a specific limit, usually around 80 to 100 degrees Celsius. If you’re running demanding games on your Xbox for extended periods, the console turning off might just be a sign that it’s running a bit too hot.

To combat this, consider turning on all the air conditioners and fans around the room to supply air to the machine. Besides that, consider turning off the device for a couple of minutes or hours until the processor’s temperature returns to normal, after which you can use your device normally again.

Another reason your Xbox One S might reboot is a problem with the system that supplies power to the console. If there’s any malfunction with the power system, expect the device to turn off and on irregularly, even if you’re not started the request to do so.

If you’re suspicious that a faulty power supply caused the problem, reset the power input. You can easily do this by removing the power cord from the console and waiting for a couple of minutes before plugging it back in. You shouldn’t be facing a problem with incessant reboots anymore.

To be extra sure, however, reboot the console one last time before using it at all. Rebooting the console is simple; simply press down on the Xbox button for a couple of seconds until the device turns off and back on again.

After restarting the device, try using your Xbox as normal to see if the issue will persist. If it persists, try out the other fixes below.

If you have some technical know-how, you may be scared at the mention of a factory reset. No thanks to the horrific memories we all associate with it. In the Xbox One world, however, a factory reset is a very common thing. It simply restores your Xbox to the original settings without affecting your game collection.

Any diehard fan of Xboxes should know the basics of factory resetting an Xbox One S, at least. If you don’t know how to do that, here are the steps required to restore your Xbox One S to factory settings.

While this measure sounds too excessive for just a rebooting console, it’s important to be creative when no other measure works.

If this problem is happening consistently on your Xbox One S, one of your USB ports might be problematic. In that case, unplug all the USB devices connected to your Xbox to see if there are any improvements.

If you can turn off the device, turn it off and unplug all connected devices from the Xbox. Then, boot the console using the Xbox button to see if the Xbox continues to turn off and on randomly. If it doesn’t, you can plug in your USB devices again and enjoy your game.

If none of the above solutions work for you, have a repair technician check your console for any faults. Typically, such issues result from some fault to the internal components of the gaming console, requiring the help of a technician.

READ MORE: (Solved) No Sound on Xbox One

If you paid for an Xbox, you should be able to play it without having to deal with a device that shuts down and restarts randomly. However, there’s still a chance that you’ll be dealing with this, and that you’re reading this article shows you’re probably already dealing with it.

If that is your problem, consider some fixes suggested in this article. However, if none of the suggested fixes work, you may have to get a repair technician, which is usually a pretty expensive way to fix your device.