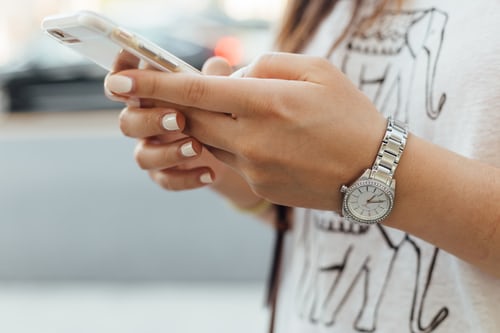 You should know if someone has blocked you on a specific platform, but if you get a notification each time someone blocks you, that won’t uphold iMessage’s privacy claims.

How Blocking Works on iMessage

iMessage is the instant messaging platform built into iOS. Unlike some instant messaging apps like Messenger or Telegram, there is no specific block functionality on iMessage. To block someone from sending you messages through iMessage, you must block their contact on your phone.

This is probably because iMessage is the main messaging solution for iPhones. It replaces SMS, and it should work as SMS does. Since you can’t stop someone from sending you SMSs without blocking their number, it’s just the same for iMessage.

In essence, when someone blocks you on iMessage, you won’t only lose the ability to text them, but you will also be unable to call them.

Explaining this beforehand will make my job here a bit easier. Once you understand that blocking someone on iMessage effectively cuts them away from your life, you’ll be able to come up with creative ways to detect if someone has already blocked you.

Since you already know how blocking works on iMessage, it will be easier to understand the methods listed in this article.

With that out of the way, here are some of the ways to know if someone has blocked you on iMessage without texting them.

This is the most basic test, and it’s one of the strongest proofs of an iMessage block. However, it’s still not a failsafe way to check if someone blocked you on iMessage.

Since someone will need to block your number to block you on iMessage, the call won’t work either. If you can put a call through to the other iPhone successfully, then it’s not a block.

When you try calling someone who has already blocked you on iMessage, the call won’t go through, and they won’t receive any notification about the call. Instead, it will ask you to leave a voicemail, which will go directly to the blocked messages section of the voicemail folder.

However, you shouldn’t conclude that a person has blocked you just because you can’t reach them on phone. They may have a flat battery, a damaged phone, or a bad network; there are just so many reasons why they will be available on their phone and via iMessage.

Before jumping to conclusions, you should try another method to check if they’ve blocked you.

If you’re not sure if someone has blocked you on iMessage, you should wait until they contact you first. If you call them normally and the call didn’t go through, it may be a clear sign that they don’t want your call.

However, if you need to reach them urgently, you can try hiding your caller ID when you call them. This will bypass any blocks, allowing your call to go through, even if you’re blocked.

To hide your caller ID, enter *67 in the dialer app, followed by the phone number of the person you’re willing to call. If their number is now accessible with the hidden caller ID, it’s almost proof that they blocked you.

There are a couple of reasons why you may not want to do this, however. One of them is that it has a margin of error. They may have just turned off their phone when you were calling with your ID, only to turn it on when you hid your ID.

The chances for that being the case are minuscule, but there’s a non-zero possibility.

Also, doing this doesn’t prove or change anything. If someone blocked you because they no longer want to receive your messages and calls, there’s little you can do about that, and I’m not sure calling them with a hidden caller ID is part of that little.

It’s fine if you don’t want to text, but most of the tricks to know if someone has blocked you on iMessage only work if you text the person.

Sure, you can try proving it using the calling combo above, but texting is a lot less intrusive and better than calling. If you can text the person in question, sending a message to them will not generate any status report.

For example, when you send a message to someone, you should receive a read receipt. That should show you if a message is delivered or read. If you stop receiving these messages after sending an iMessage, it may be a sure sign of a block.

READ MORE: How To See Someone’s Location On iMessage

READ MORE: How To Change Text Message/iMessage Background On iPhone Without Jailbreaking

Apple may choose not to provide a way to check who has blocked you on iMessage, but that doesn’t mean there are no workarounds. You may have to do some dirty things, but it doesn’t matter, as long as you get what you’re looking for.

If you discover that someone has blocked you on iMessage, it’s best to stop trying to contact them. A block is the harshest way to say: “leave me alone,” and you must respect their decision.

If someone can block you from calling or texting them, nothing will stop them from getting a restraining order against you if you continue pestering them.