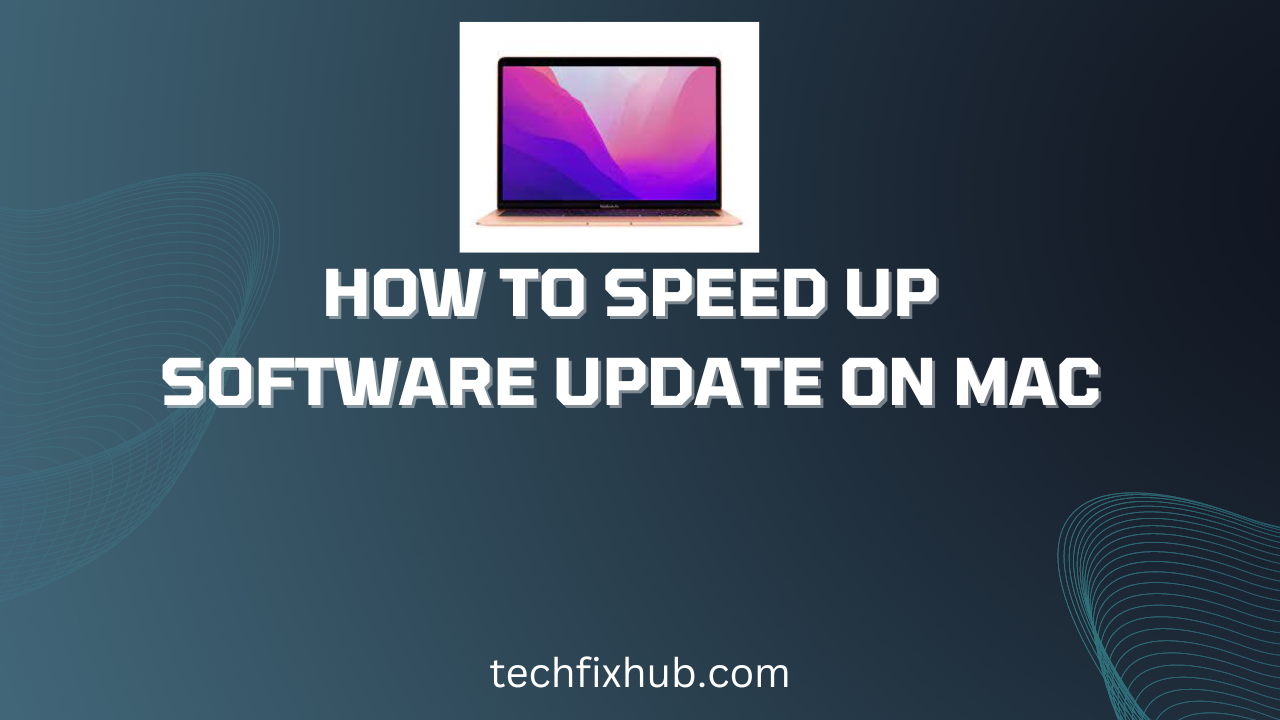 In this article, I’ll work you over the causes of slow software updates on your Mac and how to speed up software update on Mac. If you’re someone who cares about privacy and security, you probably prefer iPhones and Macs over the competing Windows and Android devices.
On a similar note, privacy and security freaks don’t waste time with updates. Updates often fix a lot of security vulnerabilities discovered on Macs and redefine Apple’s commitment to privacy.

Sometimes, however, updates seem to take forever on Macs. This issue can be annoying, to say the least. It is even worse when you get on forums, and you see other users discussing the latest features they enjoy from the updates that won’t just complete on your Mac.

Why are software updates slow on Mac?

While Apple arguably produces the best laptop software on the market, getting it on your Mac can be an uphill battle.
Here are a few reasons why software updates might be slower than they should be on your Mac.

Seriously, this might be the problem. If your internet speed is slow, downloads will be inevitably slow. Before freaking out on a sluggish software update issue, you’ll want to check if the problem isn’t from your internet provider.

There are at least 100 million active computers running macOS computers out there right now. Also, Apple has a tradition of releasing OS updates to everyone at once.
What this means is that at the time you’re downloading an update, there might be millions of people trying to download the update simultaneously.
This might put a heavy strain on Apple servers and subsequently slow down updates for you and others trying to update around the globe.

Macs are immune to malware?
Whoever said that meant sarcasm. Apple equipped your MacBook with a cool processor and enough RAM that’s actually a goldmine for crypto miners.
Somehow, a mining script might be using your computer’s processing speed, as well as your expensive internet connection, to run sophisticated mining scripts for crypto miners.
If this is the case, expect to endure a painstakingly slow software update on your beloved little machine, friend.

How to speed up software updates on Mac

Your Mac might be updating too slowly, but should you really endure that?
Should you wait for three days to complete an update that should be done in an hour?
I believe in solutions, not endurance. In this part, I’ll show you what steps to take when your Mac annoyingly delays software updates, like a lazy Windows machine.

The frustrating old fix for all your internet problems; turn it off, and on again. While this might sound too simple to work, it does work, but it can be a little bit frustrating too.

If you’ve tried all you can but still can’t get the speeds you’re paying for, it might be time to ask for help. Your internet provider will always help you out in situations like this, although it mightn’t be their fault.

This article earlier touched on the possibility of malware slowing down software updates on your Mac. While this is unlikely, it helps to leave no stone unturned.
You can run a full scan with popular antivirus software like Avast, Bitdefender, AVG, among others.
This antivirus software will scan your Mac and fish out malicious files and programs that might be hogging your bandwidth, memory, or processing power, making your Mac software updates faster.
If a virus scan doesn’t fix the issue, you might want to consider the last fix we have for you.

If the above-listed steps don’t solve your problem, then the problem is most probably due to a high load on Apple servers.
In this case, many other users are trying to update simultaneously, and Apple can’t reliably handle them all at once.
If you think this is what you’re facing, consider canceling the software update and restarting at a later date.
Also, avoid installing major updates as soon as they’re released, or you might face this problem. Waiting for a week or two is never late, given that you can endure others showing off the latest features gotten from the update!