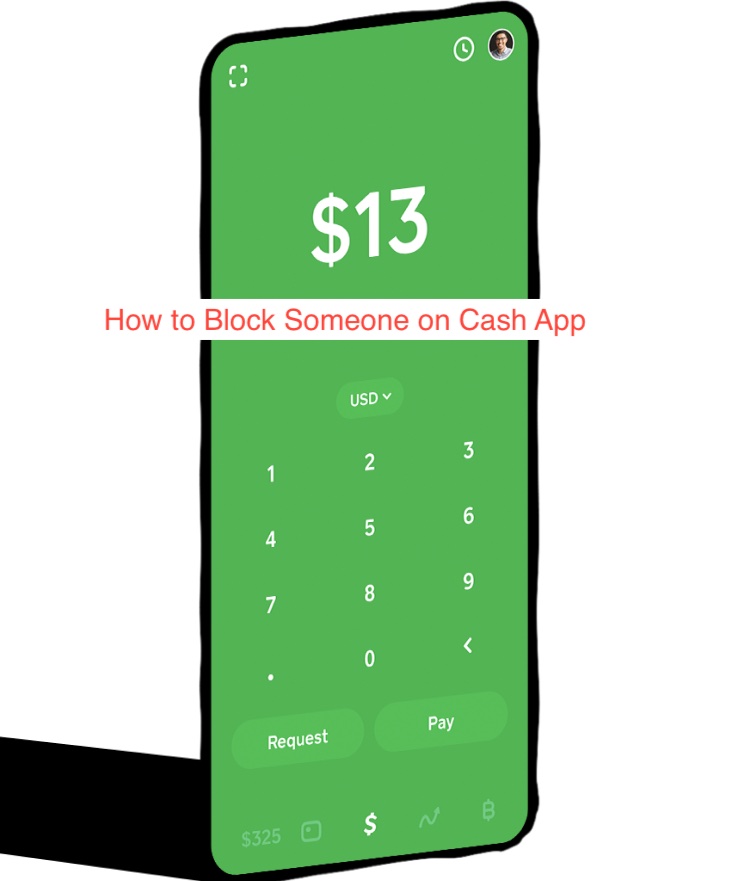 The amount of harassment, intimidation, unsolicited activity, and scams that happen online is so much that every platform has to add a block button to keep people in check. When talking about a blocking feature, Cash App is the last place you’ll expect to see it, but it’s there.

There are so many reasons you may want to block someone from Cash App. The fact that you’re reading this article means you’ve found out one of the block important reasons a block button is necessary on an app like Cash App. How to block someone on Cash App?

In this article, I’ll show you the step-by-step process required to block someone from Cash App. Before then, you’ll learn some of the reasons you may want to block a user and how you can unblock them if you eventually change your mind.

Can You Block Someone on Cash App?

As I mentioned earlier, the block feature is a weird thing to see on Cash App, an app that should be used for payments. However, judging by how many scams abound on the app, you can agree with me that having the button is not only good but a necessity.

The folks at Block Inc. understand the importance of the block button (no pun intended) on Cash App, and fortunately, we have one. If you encounter a scammer on Cash App, you can easily block them, so you never have to encounter them on the app again.

When you block someone on Cash App, they become unable to send either payments or payment requests to you. So, if someone owes you a debt, you may want to recover it before hitting the block button to block them out.

While the block function is technically permanent, it’s also reversible. Unlike a Cash App transaction, you can backtrack on a block feature, unblock the user, and restore their ability to send you both money and requests on the app.

Now that you know you can block someone on the app if they annoy you, it’s worth knowing how you can manage to pull it off. Move over to the following section to learn how to block a fellow Cash App user easily.

If I Block Someone on Cash App Will They Know?

Sometimes, you want to cut people off without necessarily offending them. You know fully well that them getting a notification that you’ve blocked them will certainly offend them, so you want to confirm if they’ll be aware of any blocks. So, if you block someone on Cash App, will they know?

No, the people you block on Cash App won’t know you’ve blocked them, and you also won’t know those that have already blocked you on the app. Just like a block on Facebook or Instagram, it happens silently, with any traces only possible when they try to perform a specific action.

With Cash App, it’s transferring to you. If for any reason a user you’ve blocked tries to send you money through Cash App, it won’t go through. While it won’t mention explicitly that a block is a reason for the money not going through, most people can put two and two together.

If you have people sending you many unnecessary Cash App requests, you don’t have to block them. There’s a Cash App function that lets you disable the request function, making it impossible for anyone to send you unsolicited (or even) solicited requests. The following section will show you how to do that.

How to Turn Off All Requests on Cash App

If you won the lottery, you’ll probably receive more Cash App requests than the entire lottery prize money. In case a lottery winner is reading my article, here’s how you can turn off all requests on your Cash App to lock out everyone wanting a share of the cake.

If you also can’t find the option to request money on someone’s Cash App profile, don’t sweat it; they’ve probably also turned off incoming requests from their privacy settings.

How to Block Someone on Cash App

At this point, we’re almost forgetting the original point of the article: learning how to block someone on Cash App. When you see someone worthy of a block, you can follow the steps below to block them from accessing your account.

In short, it’s possible to block someone from Cash App. Also, when you block a user on Cash App, they won’t know because they don’t get any official notifications to inform them that anything happened. However, that doesn’t mean blocking is the best thing to do in most scenarios.

If you’re getting too many requests, you can disable requests from Cash App using the guide above. But if it’s a more complicated problem than we’ll understand, feel free to use the block button; it was made for you.

1 thought on “How to Block Someone on Cash App: Easy Guide”