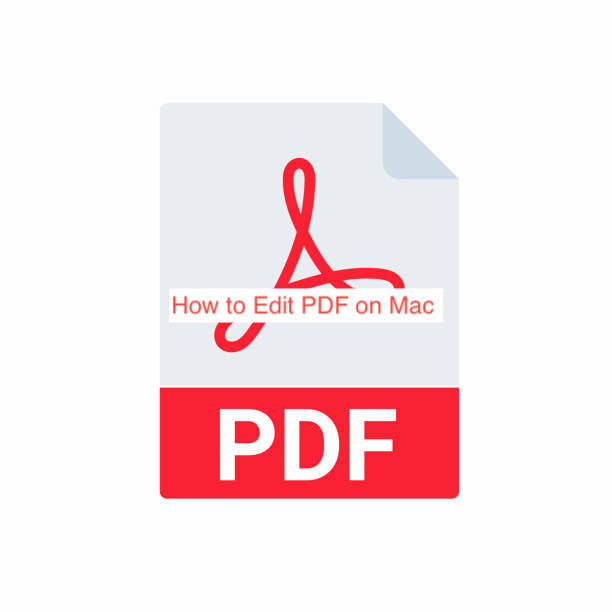 Apple’s macOS is the third most popular desktop operating system after Windows and Chrome OS and unlike Chrome OS. To qualify as a proper desktop OS, you should have all necessary productivity tools, and editing PDFs seems to fall naturally into the productivity category.

Fortunately, Macs ship with tools for manipulating PDFs, but you’re not stuck with those. There are better ways to edit PDFs on Mac if you’re only willing to install one or two external apps to simplify the process.

In this article, I’ll show you how to edit PDF on Mac. First, you’ll learn the apps necessary for the process and then you’ll learn how to use them to make every edit that you’ll ever want to make to a portable document file.

Can You Edit PDF on Mac?

After Windows and Chrome OS, macOS happens to be the most popular operating system for computers. Being one of the most used operating systems is no joke, and since the majority of Mac users are content creators and other professionals, there’s a need for document manipulation features.

There’s no definite answer to the question: can you edit a PDF on Mac? It depends on what you define by editing PDFs and what level of PDF editing you intend to carry out on your computer. You should also know that you can do almost anything if you’re willing to use external programs.

There are several PDF editing apps and programs that you can install on your computer to amplify its PDF editing capabilities. The following sections will show you some of the top PDF editors on a Mac and then you’ll learn exactly how to edit PDF on Mac.

What are the Best PDF Editors on Mac?

If there’s something that should already be clear by now, it’s that Adobe’s offering outclasses any other PDF editing app you can find out there for Macs. Depending on your use case, you can choose from the free Adobe Acrobat Reader or the premium Adobe Acrobat DC.

Since this article is about editing PDFs, it makes more sense to talk about Adobe Acrobat, which is the version targeted at professionals that manipulate PDFs a lot. Acrobat DC lets not only you manipulate documents, it also lets you create them from the ground up.

Adobe Acrobat is the most appropriate editing app for PDF documents because the inventor of PDFs themselves created it. By using it, you can be confident that your documents will appear exactly how the inventors of the PDF format want them to appear.

If you’re a fan of Wondershare Filmora, you may want a PDF reader with an interface similar to that of the app. Wondershare PDFelement gives you just that, with enough tools and features to never make you need any other program for document manipulation.

PDFelement is free, but you may have to pay a couple of dollars to access premium features. If you work with PDFs frequently, buying the paid version of the app is a lot better than spending multiples of the same amount on Adobe Acrobat which offers similar performance.

Foxit PDF Editor is one of the most popular apps for manipulating PDF apps across all desktop operating systems. Next to Adobe Acrobat, it’s probably the most powerful when it comes to the features included in the app. Also, there are two major versions of the app with different pricing: the regular and the pro.

Foxit PDF Editor is only a strong option because it costs a lot less than Adobe Acrobat DC. Also, there isn’t a lot you can do on Acrobat that’s impossible on Foxit, making it a favorable competitor to the industry standard program.

How to Edit PDF on Mac

With so many PDF editing apps available, one may think it’s impossible to edit PDFs on a Mac without employing an external app. However, that’s far from being the case. Rather, you won’t need external apps for PDF editing unless you need specific business-level editing tools.

Preview on Mac allows you to open your PDFs, sign them, annotate them, and make a variety of edits without really installing anything else on your computer. If you need to create PDFs, resize the pages, or make any advanced edits, there are much better ways to go about it.

First, you can download any of the apps recommended for editing PDFs on the Mac above. Then, consider going through online guides to learn how to use your preferred program to achieve your aim.

Unlike Chromebooks and iPads, Macs are serious business-level computers you can use to get serious work done. One crucial aspect of doing serious work in the office is experimenting with PDF files, and there are a variety of ways to do that with a Mac.

You can either rely on the built-in tools that are available through the preview app for Mac or use any of the recommended alternatives. While the alternatives are functional and awesome, you don’t want to pay hundreds of dollars for a program that you’ll never have to use.