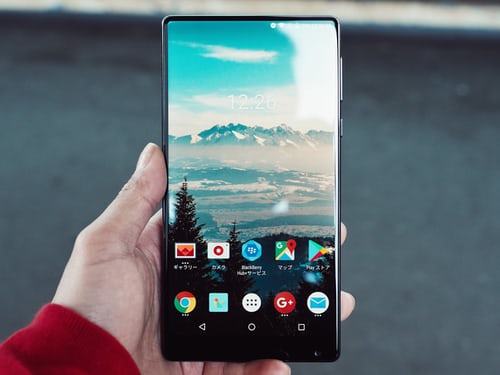 When we talk Android, most people think of Samsung first. While Samsung unarguably produces the best Android phones on the market right now, not everyone can sell a kidney to buy a phone. In this article, you’ll learn how to hide pictures and videos from the gallery without an app on Tecno.

If you’re not using a Samsung, you could be using a Tecno phone. Tecno users deserve and get all the goodness of Android too. However, some important features are specific to Samsung phones.

One of these features is Secure Folder, a feature that lets you hide photos and videos on your Samsung. Is there an alternative to this on Tecno phones?

Can You Hide Pictures And Videos On Your Tecno Phone Without An External App?

Sure you can. In this article, you’ll learn how to hide pictures and videos from the gallery installing no app on Tecno.

Ever heard of ‘Phone Master?’

This will sound strange to you if you don’t use a Tecno phone. However, if you use a Tecno or Infinix, you should be familiar with this system app that comes preinstalled on all Tecno phones.

While you might be familiar with using this app to clean your phone or cooling your phone’s CPU, it can do much more than just that.

If you know how to manipulate your phone, you can hide your photos behind a pattern to keep them private.

There are two ways to achieve this. The first one hides your entire Gallery, hiding all of your pictures and videos until you enter your password or pattern.

Here is how to hide your entire gallery to make your pictures and videos as private as they could be.

If you’ll like to lock your Gallery, tap once on the padlock icon after the Gallery app. This changes the color from grey to blue and from unlocked to locked.

While this works on a basic level, it is about the most insecure way to hide pictures and videos from your phone.

All it does is hide your Gallery app; it doesn’t prevent you from viewing the media files on another app. If you have an external photo viewer (say Google Photos), you must also lock it.

In addition, you’ll need to lock your File Manager if you want to secure your photos. Even if you don’t have any Gallery app, someone can jump into your files and fish out the pictures.

How to hide pictures and videos on Tecno using File Manager

While I’ve not tried this on a Tecno phone, you shouldn’t need an external app to do this on your Tecno phone.

If the File Manager in Tecno phones is anything like the industry standard, it should create, view, and hide hidden folders.

While this might sound nerdy, like someone only super-brilliant computer nerds do, it’s far from that. It’s something that you can do yourself. You only have to know the right buttons to punch.

Here are the steps required to create a hidden folder on your Tecno phone to hide your photos and videos without an external app.

However, the Tecno File Manager app should do just fine, as the goal is to complete this without any external apps.

While these folders won’t be password protected, they’re pretty capable of keeping your photos private as they’re hard to spot, even for an expert.

To create a hidden folder, you only need to create a folder with a dot before the name. While many people name it something like ‘.nomedia,’ you should avoid choosing such a name.

You want to stay private, and common names won’t help you very well in that.

To make them appear, you can dig into your File Manager settings and choose to display hidden folders.

While the tutorial seems quite bulky, the processes aren’t that complicated in practice. If you get it right once, you’ll never need to use the annoying App Lock anymore.

Nobody likes having to install a new app for everything. While grocery shopping isn’t something we expect our phones to do, at least they should keep our photos private.

It may not be as obvious as it should, but you can hide photos and videos on your Tecno smartphone. The steps in this guide will show you how to hide pictures and videos from gallery without an app on Tecno.