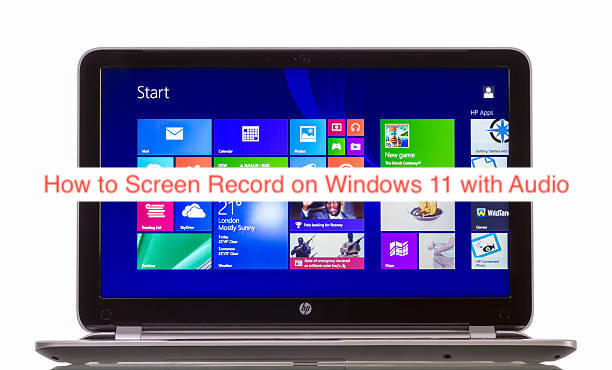 While it was initially met with mixed reactions, Windows 11 has proven to be one of the most stable major Windows updates over the years. It has so many functions and features, but one important feature that’s nonexistent on Windows for some reason is a decent screen recorder.

In case you’re unaware of what that means, a screen recorder is simply a piece of software that runs in the background of your computer and captures everything you do on screen. When you stop running it, you can play back everything you’ve done on your computer in video format.

One problem that users currently face when trying to use the conventional screen recording solutions is problems with audio. While the software will capture what they’re doing on screen pretty fine, it’s hard to get it to work with audio playing within or outside the computer.

How to Screen Record on Windows 11 with Audio

If your screen recording on Windows 11 doesn’t come up with audio, you’re almost certainly doing something wrong. Pretty much all screen recorders on Windows come with an option to record internal and external audio and the recording.

If your screen recordings come out without audio on Windows 11, you’ve probably deselected the option to record sound with the video. Alternatively, maybe your microphone doesn’t, making it impossible for your computer to record any sound in the first place.

Every Windows laptop or desktop comes with the Xbox Game Bar feature, which should optimize games for faster performance. It also comes with many tools to enhance your gaming experience, the most prominent of them being the screen recorder that the app offers.

Since the feature is primarily designed for game recording, you can only record one window on your computer at a time using Xbox Game Bar. Also, while the feature itself is available on every computer, the screen recording feature is supported by CPUs that meet a specific requirement, which is thankfully not stringent.

While the name suggests that it only works for games, it actually works on any program that runs on your computer. You can press the Windows + Alt + R key combination to try recording any window on your Windows 11 computer at any point in time using Game Bar.

Sometimes, Game Bar records the screen without accompanying it with audio. However, you should receive a prompt saying your privacy settings are blocking access to your microphone if that happens. That way, you can head over to the Settings app, alter the Xbox Game Bar settings to give access to your microphone and try recording your screen again.

If you use an ancient computer with a processor that doesn’t support the feature, you may want to try out other screen recording applications that work with Windows 11.

Xbox Game Bar isn’t the only application that lets you record your screen on Windows 11 with audio. With OBS Studio, you can record your entire screen without Game Bar’s silly restriction to a single window. Depending on your settings, OBS Studio will capture everything on your screen, including your File Explorer and desktop if need be.

While OBS Studio is both an effective and popular option, there’s a chance that your recording will end up with no audio if you don’t set up your microphone properly. If you want a screen recording with audio, you want to download and install the full version of the software.

From the Sources option on the interface, click on the plus icon that lets you add a new recording source and select Display Capture from the many options. A dialog box should appear; click on “OK” to save the source and authorize OBS Studio to record your computer’s screen.

Once you’ve added a recording source, click on the Start Recording option and your computer should automatically start recording its screen. If your computer is equipped with a microphone, the software should record the screen and an audio file to accompany it.

Apart from Xbox Game Bar, Windows 11 computers have another software with screen recording as a secondary functionality: Clipchamp. For the uninitiated, Clipchamp is a video recording software that Microsoft includes with its newest operating system to rival alternatives from macOS.

Since Clipchamp is completely free, there’s nothing wrong with using it as a dedicated screen recording software, if that happens to be all you want from it. Before trying to record your screen using Clipchamp, consider giving access to your camera and microphone since both are necessary to ensure the recording comes out with audio.

READ MORE: How To Use Phone Headphones As A Microphone On PC

There are many reasons you want to learn how to screen record on Windows 11 with audio. You may want to record a game walkthrough, a lesson for your students, or any other reason at all. It doesn’t matter why, you should be able to include audio in your recording if you want to.

In this article, I’ve explained some of the most accessible screen recording software that lets you record your screen on Windows 11 with audio. If any of them doesn’t work for you, it may be time to check your computer’s microphone for any faults.