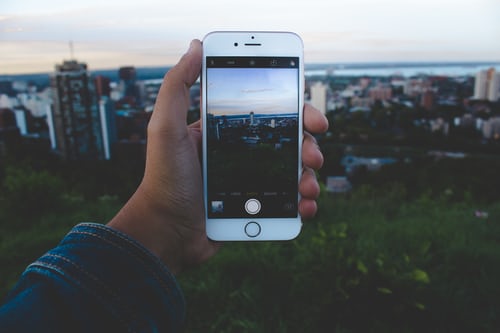 iPhone Screenshots Are Blurry On iOS 15

Here are the fixes you should try to fix the issue:

If this feature is turned on, it can also make your image or screenshot to be blurry. Please make sure to turn off “Low-quality image” on your iPhone. Please ensure that both sender and receiving the iPhone have this setting as turned off.

The iPhone 11 screenshots blurry is surely an iOS bug as it was never there in iPhone with the latest iOS version. Apple should know about this issue and ideally will fix the issue in forthcoming releases. So please update the iOS version whenever Apple releases a new version.

If your iPhone is sending blurry screenshots across iPhone devices then it is recommended to use third-party apps like WhatsApp /FB messenger to share the screenshots.

READ MORE: Unable To Save Contacts On iPhone After iOS Update – Solved

If your iPhone screenshots are blurry on iOS 15, this article must have shown you the best solution to get it fixed. However, you have further questions or you wish to add any information to this article, use the comments section. Cheers!