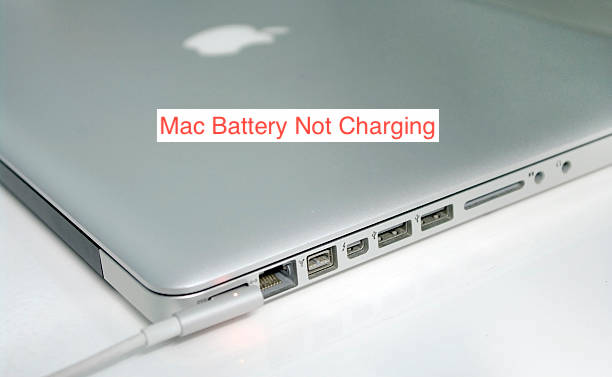 With reports all over internet forums, it seems the issue of MacBooks not charging, or at least, not charging past a certain percentage is becoming pretty widespread. It sucks to keep your computer plugged in for hours, only to discover it’s not charging as well as you want.

There are many explanations for why your MacBook’s battery might suddenly stop charging and Apple has provided quite a few themselves. However, one cute little thing about explanations is that they solve nothing; most people facing this problem need solutions that will get their Macs charging again.

In this article, I’ll do just that by showing you exactly why your Mac’s battery doesn’t charge. I’ll start with Apple’s explanation why this might happen before detailing a list of fixes you can try to ensure the battery on your MacBook Pro charges properly.

Why Is Mac Battery Not Charging?

There are several reasons the battery on your MacBook may suddenly stop charging. While some reasons may be natural and healthy for the life of the battery, sometimes you should be worried.

With that said, here are some reasons the battery on your MacBook Pro or Air might suddenly stop charging.

Starting from macOS 10.15, Apple introduced a feature called Battery Health Management to help elongate the battery life in their notebook line. The feature uses a combination of common battery conservation tips to ensure that your battery works optimally every time.

Laptop users are sometimes guilty of charging their laptop so much that it takes a toll on the battery. The most effective way to combat that is by making it impossible to charge the battery at all, which is the way the Battery Health Management utility helps to preserve your battery.

If your laptop stops charging at around 90% battery percentage, you probably shouldn’t worry about it at all. It’s just Apple’s algorithms helping you choose what it thinks is right for your battery. If you don’t fancy that, however, you have a choice.

You can always turn off Battery Health Management from the Energy Saver section of Apple Preferences to force your laptop to charge past 90%. If that didn’t solve the issue, your Mac has a bigger problem than you think.

When your battery gets faulty sometimes, it becomes impossible to charge it and record the battery percentage properly. If you bought a MacBook between 2015 and 2017, there’s a chance that your unit is part of the computers that Apple recalled in 2019.

Before buying a new battery to replace your older MacBook battery, it’s necessary to confirm that a defective battery is actually the problem. More often than not, it’s something a lot less severe, making you waste hundreds of dollars on a new battery that you’ll likely never need.

If your Mac doesn’t charge, there’s a good chance that your AC adapter is defective. A defective AC adapter cannot supply enough power to keep your computer on or charging. In most cases, you may have to replace your laptop’s AC adapter.

Before going ahead with that, however, it’s essential to verify that your AC adapter is indeed faulty. An excellent way to do that would be to test the adapter with another computer to see if it charges. If it does, the problem is with another component, but if it doesn’t, get a new one.

You can get a new AC adapter from Apple or Amazon for a couple of dollars. If you don’t use your computer a lot, you can survive by borrowing around until you finally get yours.

To charge a MacBook, you need a steady supply of a specific amount of electricity, at least. Your AC adapter regulates the electricity and ensures that the computer is getting just enough power to stay on and charge.

However, there are cases when the power source only outputs enough power to keep the computer on, but not enough to charge it at the same time. In such cases, your MacBook will display “Not Charging,” while acknowledging that you have your AC adapter plugged in.

To confirm if an outlet has enough electricity to power your computer and charge it at the same time, plug another device, preferably a laptop into the outlet. If they also have problems charging well under usage, consider plugging the computer into another outlet.

However, if every outlet you tried seems to have a problem, take another look at your MacBook. If there are any extreme steps you skipped earlier, you might try them because this officially denotes that your computer is problematic.

READ MORE: How To Clear My Cache And Cookies On A Mac

If you want to use your Mac on the go, you need to charge it and ensure that it holds a charge. But how do you get it to hold a charge when your Mac’s battery is not even charging at all?

In this article, I’ve outlined four different troubleshooting steps to try if your Mac suddenly stops charging. Remember that if your computer stops charging around 80 or 90%, it’s usually because of the battery health management feature that Apple includes in all its laptops to preserve their battery.