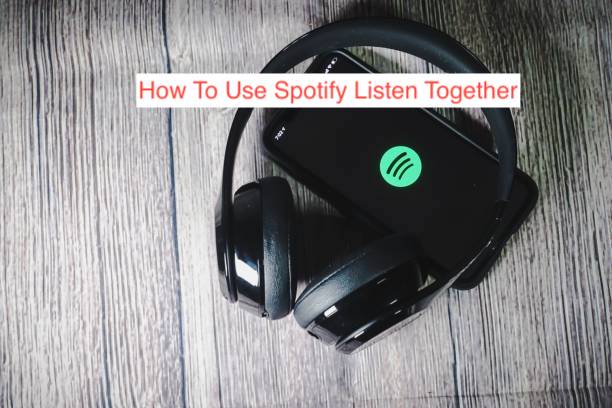 According to Spotify, around 30,000 Spotify users press play on the same song per second; that’s crazy. When you open Spotify, jump around, and find something to play, there’s a pretty good chance that someone else is pressing play on that same song, and the same thing is happening in around 30,000 other instances.

This statistic shows us two important things: first, Spotify is an insanely popular streaming service with millions of users per day, making it possible to have thousands of people bumping into each other, and second, music might be capable of bringing people together.

Spotify ignored the former point and went with the latter, exploring ways they can use to make music bring us together. Some fruits of their deliberations include the Group Session feature and Spotify Listening together.

While both features are excellent for a streaming service, this article will talk about Spotify Listening together. In this article, you’ll learn what it means, how it came to be, and how to start a listening-together session using Spotify. Without further ado, let’s get started.

What Is Spotify Listen Together?

According to the official microsite dedicated to the feature, Spotify claimed the entire thing started as an experiment in 2014 by Kyle McDonald, a media artist at the company. He conceived the idea out of the curiosity of finding the “serendipity” of two Spotify listeners pressing play on the same song within milliseconds of one another.

The idea made little sense from the onset for one important reason: Spotify lacks the required users. There are millions of songs on Spotify, with everyone looking for something new to listen to. With only a few thousand people using the service, the odds of two people pressing play within milliseconds of each other are truly low.

Seven years later, Spotify has become perhaps the biggest music distributor worldwide. With scores of millions of daily active users, the chances of two people pressing play at the same time have become so high that it happens around 30,000 times each second.

Looking back into the data, Spotify did something useful with it, eventually birthing the Spotify Listening Together microsite. The site discovers and highlights every instance of two people simultaneously pressing play on a second. It also lets you listen to small clips from the song to help you appreciate it.

When you open the dedicated microsite for the feature, it brings up a globe representing the entire world. You can click on “Explore” right on the globe and you’ll start seeing random location pointers around the globe. Each time you see a location pointer, two people have pressed play on a song within milliseconds of each other.

When you click on any of those markers, it plays a part of the audio that lasts just seconds. Also, it shows you the name of the song, the artiste, and how many kilometers apart the two people who pressed play on the song at almost the same time are.

Spotify listening together might be a great way to find new songs, but it doesn’t have much utility apart from that. If you’re looking for a way to listen to the songs in your Spotify playlist with a group of friends and family, Listening Together isn’t what you’re looking for, it’s the Group Session feature.

How to Use Spotify Listen Together

Now that you understand what Spotify Listen Together means, it’s time to learn how to use it for music discovery. Before continuing, I just want you to know that this isn’t a feature that you want to be using a lot since it doesn’t play the entire music, just a little segment.

Also, you may already know Listening Together is unavailable within the Spotify app, you have to get it by visiting the microsite in a browser. Unlike some other Spotify features, it doesn’t require a premium subscription, and it’s practically detached from the app as a whole.

To access the Listening Together microsite, you can open your favorite desktop browser and enter the URL: listeningtogether.atspotify.com. The site is accessible from mobile phones, desktop computers, laptops, and tablets, as long as the device has a steady connection to the internet.

When you open the site, you’ll see a large globe with a button that reads “Explore.” You can always click on the Explore button to see the location markers on the parts of the world where people are playing the same song within milliseconds of each other.

As explained in the preceding section, you can tap or click on the location marker to see the song they’re playing, the artiste, and the distance between the two players. You can use the suggestions from Spotify Listening Together to get new music recommendations for a fresh listening experience.

READ MORE: How To See What Celebrities Are Listening To On Spotify

READ MORE: Spotify Stats : How to See Your Personal Statistics

There are so many ways to get new music recommendations, but what about getting it from what people are playing around the world in real-time? Spotify Listen Together makes it possible to do that for free, so you don’t need a paid subscription.

Besides showing you the name of the music and the artist, Listening Together also shows you how far apart the two listeners are. This article teaches you all you need to know about Listening Together to get started with using the feature.