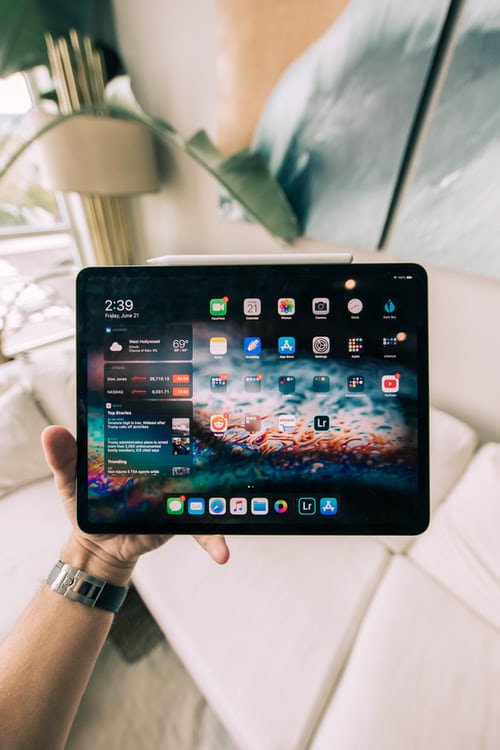 One of the cheapest ways to get an iPad is by buying the new iPad mini. If you want to save more money without compromising on the size of your tablet, however, you may want to consider getting a refurbished iPad from Walmart.

There are many refurbished iPads on Walmart to choose from, the 8th Gen iPad is currently selling like hotcakes. Offering a bit more screen real estate than the current-gen iPad mini and comparable processing power, it’s a device to consider for tablet fans.

In this article, you’ll learn about the Walmart iPad 8th generation currently selling with huge discounts. Also, you’ll learn how to get the device and some of the most compelling reasons why it’s a better value than most alternatives available on the market.

For techies, the specs are the first thing to look at when considering a device for purchase. While Apple has consistently proven that insane specs don’t always translate to a better experience, we’ll always outline the specifications anyway.

Released in 2020, the 8th Generation iPad from Apple is a 4G enabled tablet if you’re buying the cellular version. The Wi-Fi-only variant is the same, except you only get Wi-Fi connectivity, which is pretty decent for an iPad.

With a 10.2″ screen, this iPad offers significantly more real estate than the iPad mini, and the 1620×2160 pixels make it quite pixel-dense. In short, you have access to an expansive screen that doesn’t look blurry like on certain laptops and Android tablets.

The big bezels give the device a size comparable to that of the present iPad Pros. The total weight comes down to about half a kilogram; with the LTE variant having a quoted size of 495g and the Wi-Fi only variant just 5g lesser than that.

The iPad is powered by the almost dated Apple A12 Bionic chipset which runs circles around most Android processors of the current generation. This insane processing power helps to run the iPadOS 14 operating system efficiently, which is what comes in the box. Since the iPad is still in support, you can upgrade it to the latest version of iPadOS after purchase.

The processor is also supported by 3GB RAM and 32GB or 128GB of internal storage to help with multitasking. In essence, it’s the perfect entry-level iPad for tablet fans not willing to spend an arm and a leg on an iPad Pro.

To the usage experience, the 8th Gen iPad is about the best iPad Apple has made in years, and probably one of the last to feature the iconic Thumb ID. It runs iPadOS 15 very snappily and the A12 Bionic chipset doesn’t seem to be showing its age.

The 8 MP main camera works well, and it’s incomparable to what you’ll find on most tablets. However, the 1.2 MP selfie camera will leave you wanting, but it’s a gem compared to the shitty 0.2 MP webcam on most entry-level laptops.

The stereo speakers on the iPad aren’t the best way to consume sound, but they work just well. If you’re not satisfied, the iPad comes with a 3.5mm jack that lets you connect your wired headphones for an unreal listening experience.

Everyone knows battery life is one of the iPad’s strengths. The Walmart iPad 8th Generation has a non-removable 32.4 Wh battery that lasts for hours on end. If you don’t use your iPad constantly, you may only have to charge your iPad once every week or two.

Buying an iPad from Apple and Walmart isn’t exactly a different process, but Walmart is usually the best option for most people. Walmart offers new and refurbished iPads, and they sell with the same warranty that you’ll get from an Apple device.

When you look at it this way, it can be unclear why anyone will want an iPad from Walmart over that of Apple. To help you out, here are some of the most compelling reasons why you should buy Walmart iPad 8th Generation.

If you can find the iPad listed on Walmart, chances are that you can get one within a week of order. Since you also get free 2-day shipping on Walmart orders over $35, you may not have to wait at all for your iPad to arrive.

Compare that to the Apple store which is almost entirely inaccessible at certain times. Unless you have a lot of time to spare, ordering your iPad from Walmart will certainly get you the device faster than using the company’s online outlet.

To be clear, the 8th Generation iPad sells for the same price at Apple and Walmart. However, you’ll likely get better value when you shop at Walmart, compared to shopping for the same device at Apple. The better value you get from Walmart is partly because it doesn’t sell iPads exclusively.

For one, Walmart is popular for offering insane discounts on iPads, with the device selling for $100 off recently. However, that deal is even less enticing than getting free Apple gear with your purchase, which happens pretty frequently when you shop at Walmart. Who doesn’t want a free pair of Airpods?

Unless there’s an Apple promo going on, you get the same package when you buy from Walmart and Apple. With Apple, however, you have to wait for shipping, while you get same-day or two-day delivery when you shop at Walmart.

Who wants to wait for weeks for their device to arrive when they can simply order it and get everything done within a day or two?

The 8th Generation iPad from Apple is still one of the best on the market, and Walmart is one of the best outlets to get one. With the instant delivery and the regular sales that Walmart holds, there is little justification for buying from Apple.

In this article, I’ve provided an overview of this device to help you make an informed buying decision. Also, I’ve listed three reasons why buying the Walmart iPad 8th Generation is probably a better idea than buying directly from Apple.