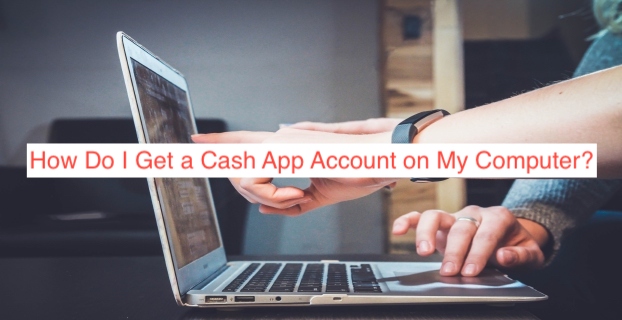 Cash App was designed to be accessed from a mobile app, and the app was made available on both the Android and iOS operating systems. However, not everyone who makes payments enjoys doing it from their smartphones; you may just want the ability to access it from your computer.

Not too long ago, Cash App launched a web interface that allowed users to access the very basic functions of the app from their laptops and desktop computers. While it was nowhere near as feature-rich as the full app, who’d say no to an opportunity to use anything at all on a computer?

In this article, I’ll analyze how Cash App works on a PC and show you if it’s worth wasting time on. Also, you’ll learn how to get a Cash App account on your computer, if that’s even possible in the first place. Without further ado, let’s jump in.

Can You Get Cash App on a Computer?

Before jumping into the complicated parts of the article, it makes a lot of sense to check if it’s possible to get a Cash App account on a computer in the first place. If it’s not, the entire premise of this article will fall apart. So, can you get Cash App on a computer?

Well, the answer can be yes or no, depending on how far you’re willing to go. For the most part, Cash App doesn’t support account creation from the web interface, which is the only official way to access your account from a computer. To cut the long story short, you can’t get Cash App on a computer, at least not officially.

However, if you’re willing to use the unofficial methods, there are ways to get the mobile app working on a desktop, which may make it possible to sign up for your Cash App account using your computer. While I’ll analyze that in a bit, it’s crucial to clarify “getting Cash App.”

You should note that everything I just wrote was written with the assumption that getting a Cash App account is the same as opening a new account. If all you need to do is access your account for a basic function like checking your balance or transferring money, your computer is perfectly capable of doing that.

With that said, it’s crucial to note that the portal that makes it possible to use Cash App on a computer doesn’t open the doors for you to register a new account. If you’re looking to register from a computer, the following section will show you exactly how to go about that.

Can You Sign Up for Cash App without the App?

A question that’s common among people looking to use Cash App on their computers is the possibility of signing up for the platform without the app. If that’s possible, it would mean you don’t even need your phone at any stage of your Cash App journey; just get a laptop and you’ll be fine.

Unfortunately, it’s officially impossible to sign up for Cash App without using the official Android or iOS mobile app for reasons best known to the company. While you can log in on the web to view your balance and put a few things in order, you’ll need to be able to access the app to open an account.

How Do I Get a Cash App Account on My Computer?

In the preceding section, you learned how it’s possible to access Cash App from a computer, but you also learned how Cash App doesn’t offer any official portal for account opening from a PC. If you’re looking to open a new account, you must be willing to use workarounds. So, how do you get Cash App on a computer?

The answer is simpler than you think, albeit somewhat technical. On Windows and macOS computers, there are programs known as emulators that let you use your favorite mobile apps right on your PC or Mac without connecting the phone to the computer in any way.

Also, we have Chromebooks and laptops running the Google Chrome OS software with an Android emulator bundled in. If you’re looking to get a new laptop and would fancy the ability to use Cash App and some Android apps you already love, getting a Chromebook is the way to go.

To expatiate on each of these points, here’s how to get Cash App on a computer.

To sign up for a Cash App account on your computer, you need to be able to access the mobile app, right on the computer. Fortunately, it’s not as impossible as you think, as there are programs on both Windows and Mac computers known as Android emulators.

An Android emulator lets you install a virtual Android device on your computer, making it possible for you to run most Android apps without having a smartphone handy. There are many Android emulators out there, but the most reliable one so far is Bluestacks, and it’s available on both Windows and Mac.

When you install Bluestacks on your computer, you can head over to the Google Play Store within the virtual device and install Cash App. Then, you should be allowed to sign up for an account from the app, which is running on a virtual Android device, that’s in turn running on your computer.

If you know a bit about Chromebooks, you should also know that modern ones come with an Android emulator by default. You can use the Google Play Store on your Chromebook and install apps that are meant for Android phones. That way, you can install Cash App and sign up for an account with minimal hitches.

READ MORE: How To Use Credit Card on Cash App- a step-by-step guide

READ MORE: What are the Dangers of Using Cash App?