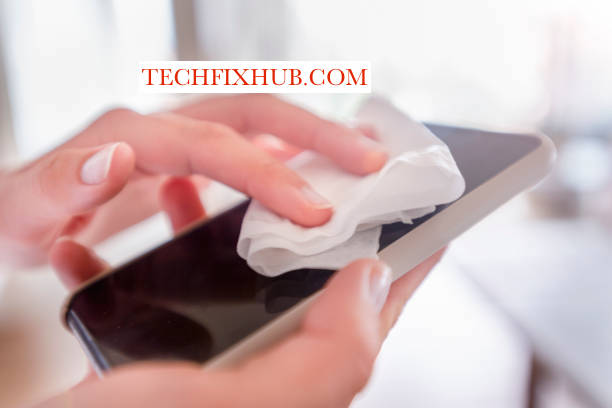 Something that happens commonly when you replace your iPhone display is the screen responding to your touches oddly. For example, tapping on the “u” button on the keyboard may output “y,” which is not the correct behavior for an iPhone touch screen.

If you’ve used some touch devices like the Nintendo DS, you’ll notice that there is an option to calibrate the screen, which works well most of the time. Having a similar function on your iPhone will make it quite easier to let the iPhone know how you want it to respond to your touches.

Unfortunately, the iPhone doesn’t have any tool that lets you calibrate the touch screen. Instead of having the screen respond differently, start learning how to become familiar with the weird touch response on your iPhone.

With that said, however, there are still many things you can calibrate about the iPhone display. Here, I’ll show you how to calibrate iPhone touch screen to perform better.

How To Calibrate iPhone Touch Screen

As the introduction has clarified, there is no official way to calibrate your iPhone display or make it more sensitive. In most cases, it can’t function any better than it’s currently doing, but that doesn’t mean you should simply resign to your fate.

There are still many things you can do about an iPhone screen that doesn’t respond as well as you want, depending on where the problem lies. Certain factors may impact the functionality of your iPhone screen, and I’ll show you how to use them to your advantage.

Here are some methods to make your iPhone touch screen respond better and more effectively.

It’s no surprise that the surface of your iPhone screen collects plenty of dirt over extended usage. This is very logical since nobody washes their hands before using their phones. Thus, they transfer any grime or dirt that they may have accumulated on their hands to the surface of the phone’s display.

To ensure the display is as sensitive and calibrated as it should be, consider cleaning it somewhat frequently to remove the dirt from the surface. You can clean your iPhone with a microfiber cloth and an alcohol wipe to ensure that the screen looks awesome without impacting the touch sensitivity.

After cleaning the screen, check again to see if your phone’s touch screen responds better now. If it doesn’t, go on to the next fix, which is slightly more extreme than simply cleaning your screen.

If your iPhone touch screen responds so badly that it’s almost unusable, the best solution might be the most extreme one. In a scenario like this, it’s not too extreme to consider replacing the display with an official one directly from Apple for a better touch performance.

In most cases, the malfunctioning display results from replacing a damaged iPhone screen with a cheap one from a third-party repairer. While it may work, you’ll notice that the touch isn’t as responsive as a genuine Apple component, a quality that compels most people to source for genuine displays.

If you think you need to calibrate your screen, you already need a decent screen for your iPhone. Simply take your phone to the nearest Apple Store and have them check if they can replace your display. If you use a device that has been discontinued, it might be harder to find an official screen from Apple.

After replacing your iPhone display, you can test to see if your complaints still exist. In most cases, replacing the screen should fix the problem. Otherwise, the technicians at Apple should help you with whatever may be wrong with your smartphone.

How to Calibrate iPhone Screen Sensors

Unlike the touch screen, it’s possible to calibrate most sensors on your iPhone, including the motion sensors and the auto-brightness sensors. Doing so will help your device’s display, as well as the device, perform better.

Here are the methods to calibrate the different sensors in an iPhone.

How to Calibrate iPhone Screen Auto-Brightness

When trying to calibrate your iPhone automatic brightness sensor, you must do it in a room with minimal light. You’re essentially trying to tell your iPhone when to dial the brightness down to the minimum settings; you can’t possibly do that out in the sun, can you?

Get into a dimly lit room with all doors and windows closed and turn off all the lights in the room. Then, open the Settings app on your iPhone and select the Display & Brightness option, which lets you make modifications to how your screen displays images and text.

Now, enable the toggle for automatic brightness change and let your iPhone decide the best brightness level. It should only move the slider to the right slightly, while automatically learning the best way to adjust for real-life conditions.

In this article, you’ve learned how to calibrate iPhone touch screen. Calibrating your phone’s touch screen might seem like an indispensable feature, but no iPhone has ever featured it. If you want to control how your phone responds to touches and taps, you’ll have to try one of our other options to make your iPhone screen function better.

If none of those fix your iPhone, consider replacing it with an authorized Apple repairer. You can also calibrate the automatic brightness sensor manually if you feel that it’s having issues adjusting to outdoor lighting conditions.