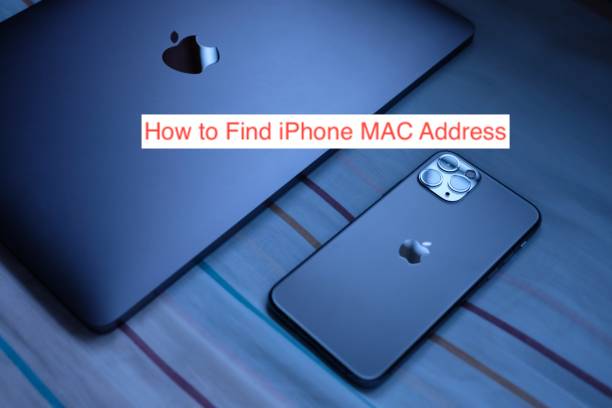 Your device’s Wi-Fi or MAC address is its unique identity on a Wi-Fi network. Without this IP address, it’s impossible to identify the device on a network. Sometimes, you may need the MAC address for an iPhone to complete a given task.

Since Apple knows you may want to know what the MAC address is, the information isn’t hidden on all iPhones. Starting from the oldest iPhones on the market, the MAC address for an iPhone is visible to anyone who can unlock the iPhone and I’ll show you how to access it.

Before that, however, it’s crucial to learn what a MAC address is, the potential uses, the history, and why identify the MAC address on your iPhone. Without further ado, let’s jump into the article.

What Is a MAC Address?

The MAC from “MAC address” stands for Media Access Control, and it refers to the identity of a unique network interface in a device. MAC addresses aren’t the same as IP addresses, since IP addresses can be reassigned to the same computer, while the MAC address is permanently tied to the physical network adapter.

The primary function of the MAC address is identification; it’s how routers know what devices are connected to the Wi-Fi network. The MAC address is a 12-digit string that contains numbers and letters anywhere from A to F.

The first six digits of the typical MAC address refer to the manufacturer’s ID and is usually similar across computers sharing network interfaces from the same manufacturer. However, the last six digits are always unique, as they represent the specific adapter, differentiating it from others.

For a device to connect to the internet successfully, it must have an IP address and a MAC address. The IP address is the common identifier that differs almost every time, especially as you switch across devices and VPNs.

What are the Uses of MAC Addresses?

The MAC address is also the only way for a device to identify itself for another device in the network to transfer data to it. For instance, when you connect to a Wi-Fi network, it will be impossible to keep a steady connection and keep sending data if it doesn’t even know if you’re still the one.

MAC addresses are useful for narrowing down the connected computers and sending the appropriate data to the correct computers. In short, getting rid of the MAC address will strip the computer of the ability to connect to devices in a network, basically making it an expensive dud.

Even with these exciting features, there’s an issue that makes MAC addresses somewhat problematic: it’s pretty easy to change the MAC address for a specific computer. Given that the MAC address should be tied to specific hardware, making it changeable defeats its entire purpose.

However, the average user cannot change their MAC address, primarily because they don’t have any reason to do so. However, it doesn’t feel very secure, especially when you understand that anyone with an average knowledge of computer networking will hack it in minutes.

How to Find iPhone MAC Address

You already what a MAC address means and why it’s essential to the functioning of every modern device that connects to the internet. The only missing part of this article is how to find the MAC address on your iPhone to use it for whatever you want.

With the properties of a MAC outlined earlier in this article, you can agree with me that the address shouldn’t be hidden on an iPhone. Thankfully, it isn’t, and you can follow the steps below to find the iPhone MAC address.

If you don’t want your device to be tracked using your MAC address, use a different one each time you connect to a new network. With Apple’s glorification of privacy, you can bet there’s already a feature that lets you scramble your MAC address.

However, if you’d rather have everything just work flawlessly, keep the option to use private MAC addresses off. As long as you don’t plan to access networks illegitimately, you shouldn’t have any problems with the default Wi-Fi address.

If you work in networking, there are so many things you can do with a device’s MAC address that may want you to find it on your iPhone. However, finding your iPhone’s MAC address is a whole different story than finding the same thing on a Mac or a PC.

That Apple calls it “Wi-Fi number” on iPhones doesn’t help either. However, I hope you can now find the MAC address on any iPhone with a few taps and clicks.