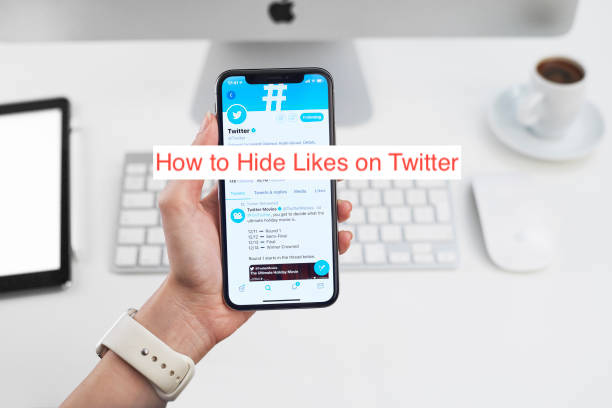 Twitter is becoming more like Instagram in recent times, but instead of others judging your body shape or size, they’re judging your opinions. The existence of the “ratio” idea makes it difficult to raise an unpopular opinion, even if it’s correct, and it forced people to delete their tweets because of mass disapproval.

What if you never had to deal with any of the problems I listed earlier? To avoid encountering those issues, you have two options. The first option is leaving Twitter completely, which is my recommended solution, and the second option is hiding likes on Twitter.

When you turn off likes on Twitter, you don’t even realize if people support or oppose your opinion, making it less likely to rescind your words. This massively increases your self-confidence since you don’t have to eat your words now and then.

In this article, I’ll show you how to hide likes on Twitter for the best experience, if that’s even possible.

They introduced likes to Twitter as “favorites,” and it’s one of the defining features of the insanely popular social media platform. Over the years, tweeps have used the little love button to show agreement with a tweet, while resorting to the comments to show any disagreement.

Unlike Facebook’s implementation of the reactions feature, there is currently no way to show that you dislike a tweet. If you’re not comfortable with a particular opinion on Twitter, the reply button is usually available, offering you a way to show disagreement.

If that’s the case, ask: what’s the point of this entire article then? While Twitter doesn’t allow you to officially hide likes, many Twitter clients offer you a like-free Twitter experience if you will.

In the following section, I’ll show you some of the most creative ways to browse Twitter without having to deal with like counts on every individual post you see.

This article has already explained some of the most pressing reasons you may want to hide your likes on Twitter. Now that I have you convinced, the next step is showing you the exact steps required to ensure that people don’t see what posts you’ve liked on Twitter.

Here is how to hide likes on Twitter using some of the most effective methods out there.

Twitter has a feature called Private Profiles that let you hide your account, tweets, and activity from people that aren’t your followers. People who don’t follow you cannot see what posts you like, fulfilling the purpose of this guide.

However, there’s a catch. Private profiles make it impossible for other Twitter users to find you organically and interact with you normally on the platform. Others can’t even follow you until you give them the explicit authorization to do so.

That loophole makes it only partially effective to hide your likes by making your account private. While it certainly does work, this strategy also assumes that you want your followers to see your likes, which isn’t always the case.

This may sound like an archaic solution, but it’s the best option when you’re trying to hide your likes from your followers. Going private will only work against people who aren’t following you yet; if they’re already following you, consider removing those likes.

Fortunately, Twitter allows you to remove likes, and they also remove posts that you’ve un-liked from your likes collection. You can either choose to do that manually or you can use a Chrome extension that automatically helps to unlike your tweets massively.

For the manual way, head over to your Twitter profile and click on “Likes.” That should load up a section containing all the posts you’ve liked or “favorited” throughout your stay on Twitter. Go through each one, clicking or tapping the little heart icon to unlike each of them.

If you like liking tweets a lot, it will take an age to go through everything. Alternatively, you can search Google for the Chrome console code that helps to mass, unlike your liked Tweets. There are several of them and you can choose whichever of them suits you.

A softer alternative to deleting Twitter is not liking any post from the platform. Ever since I started using Twitter, I’ve only liked a post once, and that was when I was trying out the many features for the first time. You should try it too; it’s freeing!

READ MORE: How To Stop Autoplay Videos on Twitter

Your liked posts help others form their mental image of you, but it doesn’t reflect who you are in person. If you care so much, you can try to hide your liked tweets to prevent people from judging you based on the opinions you like.

There are several ways to hide your liked tweets on Twitter, but my favorite is deleting your account completely. I’d also recommend using the Chrome Console, but that requires typing code into Chrome, which isn’t what most people want to do.