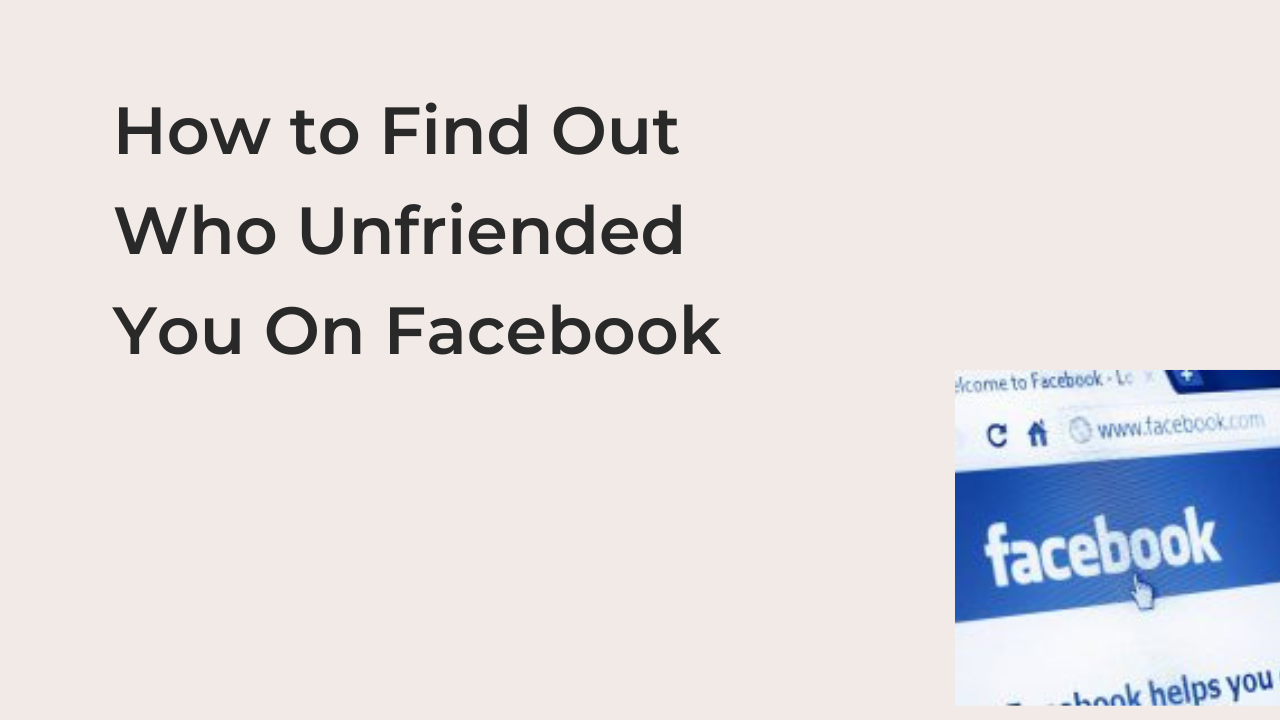 Most social media sites have tools that let you check who is currently friending or following you, but none of them will let you know if someone requested to unfriend you. While most people rarely care, there are scenarios when you genuinely want to know.

Facebook doesn’t provide an avenue or tool for you to discover who unfriended on the social media platform. However, some features they’re offering make it easy to do this without having to keep tabs on each of your friends individually.

In this article, you’ll learn how to find out who unfriended you on Facebook. While the process is not straightforward, it works, and it’s a great way to find out who is no longer your friend to reciprocate with the same energy.

How to Find Out Who Unfriended You On Facebook

There are multiple ways to find out who has unfriended you on the social media platform. The steps required to get this information might be pretty easy or somewhat difficult, depending on the specific information you’re planning to extract from the process.

For example, if you’re trying to discover if a single person unfriended you on Facebook, the process will be a lot simpler than getting a list of everyone who unfriended you over a specific time frame. With that said, you should always be optimistic about the availability of a way to achieve your goals.

Without further ado, here are some of the ways to find out who has unfriended you on the giant social media platform.

Here are the steps required to search for a specific friend on your friends list to determine if they’re still friends with you.

However, if you can’t find their name, they’ve most likely taken their time to unfriend you. It’s important to evaluate if you were ever friends in the first place as most people don’t take the pains to unfriend others on Facebook anymore.

Around a decade ago, Facebook introduced the Facebook Timeline, a feature that would replace the old Facebook profile. The first implementation of Facebook Timeline came with a huge flaw that lets you determine who has unfriended you on Facebook over a specified period.

While this feature doesn’t exist anymore, it’s still worth talking about, as it was a pretty interesting way to find out who stopped being your friend. Facebook might want to consider bringing it back, as most Facebook users would vote against the inability to discover people who unfriended you.

When the feature was still out in the wild, you could check who has unfriended you on Facebook by following the steps below.

This method was one of the most reliable ways to check who has unfriended you on Facebook before Facebook shelved it, claiming they released it in error. Here we are in 2022, wishing a similar feature could make its way back to Facebook again.

Many external tools and apps claim to help you determine who has unfollowed or unfriended you on Facebook, but we do not recommend any of them. Most of these tools either do not work or have crazy limitations that make them almost unusable for the average person.

For example, some of these apps can only detect friends that unfriend you after you installed the app. While this sounds like a manageable flaw, why would you link your Facebook account to such a tool if you don’t have the intention of discovering a list of people who have unfriended you?

Also, exercise restraint by logging into an external app with your Facebook account. Since these apps promise something that most users want, they’ve proven to be a great avenue for phishing, and it’s up to you to not fall victim.

READ MORE: How to Get Someone to Accept Your Friend Request on Facebook

READ MORE: How to Tell If Someone Declines Your Friend Request on Facebook

Finding out who has unfriended you is one of the forbidden acts in the Facebook bible. While they rolled out a feature that lets you discover who unfriended you back in 2011, they quickly removed the feature after understanding what they had done.

In this article, I’ve shown you some alternative ways to determine who stopped being your friend on Facebook. Before canceling someone, however, it’s important to determine if you were ever friends or if you just thought you were friends.