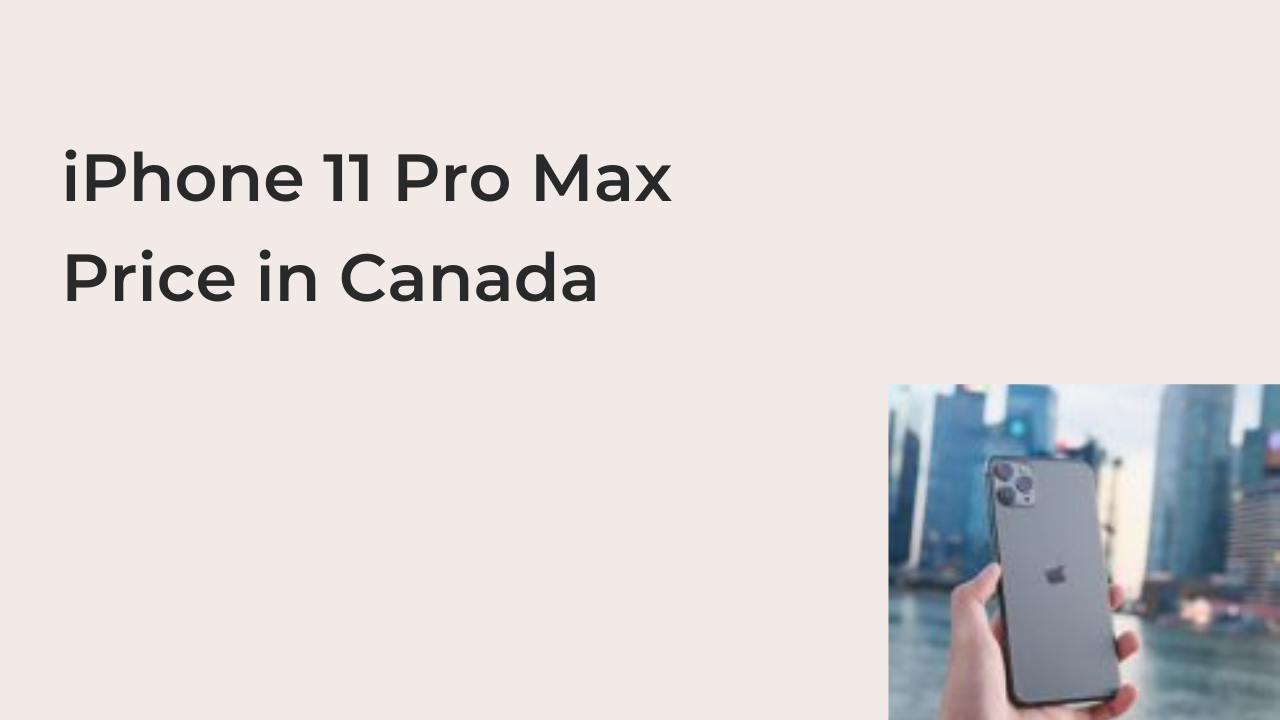 The iPhone 11 Pro Max may already be two generations old, but it’s no doubt one of the best smartphones on the market regardless. If you’re looking for a pretty big iPhone without wanting to spend thousands of dollars on a 13 Pro Max, the iPhone 11 Pro Max is your best bet.

While the iPhone 11 Pro Max was equally expensive on launch date, you can get it for a far cheaper price now. With its specifications, it’s still a very viable new smartphone and it will almost certainly get updates for a few more years before getting discontinued.

In this article, you’ll get an overview of the iPhone 11 Pro Max, its specifications, and how well it holds up. Additionally, you’ll get the realistic price range for this iPhone model to ready you for a purchase.

The iPhone 11 Pro Max was Apple’s flagship offering in 2019, going head to head with some of the best Android smartphones. Just like most of its predecessors, it remained the most powerful smartphone in terms of raw processing speed, while maintaining a lead in aesthetics.

The iPhone 11 Pro Max was the last iPhone to feature the rounded corner design. From the iPhone 12 onwards, Apple switched to the iPhone 5-like look, which it has maintained across its line down to the iPhone 13.

At its launch date, the iPhone 13 Pro Max was widely regarded as the best phone anyone has ever made. Two years later, this iPhone upheld this legacy, maintaining its lead as one of the best phones of 2019. The iPhone 12 Pro Max and the 13 Pro Max are better options if you’re willing to spend the extra bucks.

Summarily, the iPhone 11 is the cheapest great Apple phone still available right now. With the introductory overview out of the way, it’s time to review individual aspects of the device to see how well they stack up.

If you’re buying the iPhone 11 Pro Max, connectivity shouldn’t be one of your major concerns. As long as you’re not buying a version meant for another country, you should have LTE connectivity. Unfortunately, you don’t get 5G, as it wasn’t even widely available in 2019.

On the positive side, the LTE on the 11 Pro Max is an enhanced version of LTE, capable of reaching multigigabit speeds in controlled lab environments. Realistically, you should expect to reach hundreds of megabits per second while using cellular connectivity casually without much interference.

Next to the connectivity, cameras are one of the primary reasons why most people choose iPhones over competing devices. iPhone is known to have some of the best smartphone cameras, and for a 2019 smartphone, the iPhone 11 Pro Max’s performance was certainly not disappointing.

On the rear, the iPhone features a triple camera setup, bringing on the main 12 MP sensor from the iPhone 11. There’s also a secondary 12 MP telephoto lens for better zoom performance and another 12 MP ultrawide sensor for capturing wider areas.

With this beefy hardware, you can capture 4k video at 60 frames per second effortlessly on your iPhone 11 Pro Max. Given that this device is from 2019, this camera performance is pretty impressive. If you’re shooting at 1080p however, you can shoot at up to 240fps, which is just insane.

On the front of the device, there’s a 12 MP wide-angle selfie camera with an f/2.2 aperture. Just like with the rear camera, the front-facing camera can also capture 4k at 60fps, but it’s incapable of 240fps when you dial it down to 1080p.

When Apple announced that the iPhone 11 Pro Max will last for five hours longer than the preceding iPhone XS Max, the announcement was met with widespread skepticism. The XS Max is already a perfect phone, and adding an extra 5 hours of battery life? That’s sounds ludicrous!

When the first iPhone 11 Pro Maxes started selling, people rushed to buy them for the sole purpose of discounting Apple’s claims about the device. Sure enough, most of them were disappointed, as the iPhone lived up to the promise of five extra hours of media playback time.

On paper, the battery on this device isn’t extraordinary. It’s a removable 3,969 mAh non-removable battery that’s capable of charging up to 50% from zero in just 30 minutes. While that is not uncommon in the Android world, a talk time of 20h is pretty uncommon, thanks to serious optimization from Apple.

The iPhone 11 Pro Max is powered by the Apple A13 Bionic chipset, which was then the fastest chip ever in any smartphone. While there are much better processors in the market right now, the A13 Bionic is no slouch either, outperforming some recent budget processors from the Android world.

This superfast chipset is supported by 4GB of RAM, which is plenty for an iPhone but insufficient for most Android phones. You can choose from 128GB, 256GB, and 512GB internal storage options, all of which are great if you’re not packing your phone full of high-definition movies.

The real-life performance is pretty snappy for a 2019 device. It speeds through most tasks, and unless you’re editing 4k videos on your smartphone, you should never experience lags on your 11 Pro Max.

How Much Is the iPhone 11 Pro Max in Canada?

With everything that has been said so far, it’s clear that the iPhone 11 Pro Max is one of the best devices to buy if you’re unwilling to overspend on your next iPhone. The phone sold for $1,313 on launch day, the price has nosedived quickly, with the introduction of newer generation iPhones.

Today, you should be able to get an iPhone 11 Pro Max for around $800 to $1,000 in Canada. If you’re willing to buy refurbished, there’s a high chance you’ll be getting a better deal than buying it new.

READ MORE: How To Screenshot On iPhone 11

With everyone else going Apple, you should also consider getting an iPhone 11 Pro Max if you want a large device. Measuring 6.5 inches diagonally, the device is the perfect definition of an iPhone without the boxy look of the newer models.

This article has outlined the price you should expect on an iPhone 11 Pro Max in Canada to help you set the budget right for your dream device.