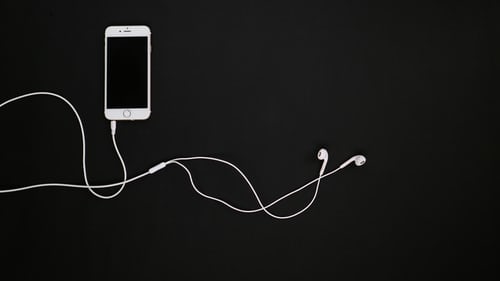 iPhone stuck in headphone mode: While the headphone jack is slowly disappearing from modern iPhones, there are still a couple of ways to use an external headphone with your device. A headphone often offers a superior listening experience to the device’s default speakers, except in a few annoying cases.

One of the cases where the use of a headphone could be annoying is when it gets stuck in headphone mode even after you’ve plugged them out. In this case, you’ll usually be unable to hear any sound from the device, as it acts as if actual headphones are plugged in.

If your iPhone appears to be stuck in headphone mode, don’t fret. It’s a common phenomenon with a lot of potential solutions that may work for you. In this article, I’ll list out all the known solutions to help you get your speakers working again.

Can an iPhone Without a Headphone Jack Be Stuck in Headphone Mode?

Apple eliminated the 3.5mm headphone jack from all of its iPhones starting from the iPhone 7. If you have a device released after 2016, it should have no headphone jacks, unless it’s not from Apple. Logically, you shouldn’t have headphone mode without a headphone jack, should you?

While Apple did remove the headphone jack, they didn’t remove the ability to use headphones with your iPhone. However, you just can’t plug it in from the 3.5mm headphone jack port; instead, the charging port also doubled as the inlet for headphones.

READ MORE: How to Turn Off Headphone Mode on Android

How to Fix iPhone Stuck in Headphone Mode?

This error is simple to understand, but not as simple to fix. The primary reason why your iPhone might be stuck in headphone mode is that your iPhone thinks headphones are plugged in when they’re not. This is usually a problem with your charging port, headphone jack, or your iPhone itself.

Regardless of what the problem is, seeking a solution is always more important. Here are some suggestions to help fix an iPhone that got stuck in headphone mode.

If you have a pair of headphones handy, the first thing to try to attempt fixing the error is plugging and unplugging it through the appropriate port. In most cases, that should remind your iPhone that the device was plugged out and it should stop seeing it as active.

If this problem doesn’t happen regularly, this trick should fix your problem. However, it tends not to work if the problem didn’t start with you plugging in a pair of headphones in the first place. Since you have nothing to lose, trying it first before anything else is never a bad idea.

Sometimes, all it takes to get your iPhone out of the unwanted mode is a soft reset. Since you can probably restart your phone in five minutes give or take, this should be one of your foremost options.

The steps to restarting your iPhone differ, depending on which model of the device you’re using. Since it’s possible for anyone in the existing lineup, I’ll show you how to restart all of the iPhones that are still in support.

If you’re using an iPhone X, 11, 12, or 13, you can restart your iPhone by holding the side button and any of the volume buttons until the power slider appears. Drag the slider towards the right to turn off the device and wait for the device to turn off. When the phone is completely off, press and hold down the side button until you see the Apple logo.

The steps are slightly different for an iPhone 8, 7, 6, or 2nd Gen iPhone SE. Instead of pressing down the side button and either volume button simultaneously, you only need to press down the side button. When you see the power slider, the can continue following the steps for the newer devices.

On older phones, the process is the same, but instead of a side button, you use the power button at the top. When you see the slider, you can turn off the iPhone and turn it back on to restart your device.

Depending on the model of iPhone you’re using, you should consider removing the debris from your headphone jack or your device’s charging port. The safest way to clear is by using compressed air, especially if your headphone shares the same port as your charger. You don’t want to take any chances; the ability to charge your phone is at stake.

Another reason why your iPhone might falsely think there’s a pair of headphones plugged in is when it has recently been dropped in water. If your iPhone seems to be working fine after drying up, it isn’t. Consider seeing a repair specialist to fix the problem with your iPhone.

This becomes even easier to recommend if your headphones share the same port as your iPhone’s charger. Sooner or later, the charging function will also fail eventually, forcing you to replace the entire part. You can have an authorized repair specialist replace the jack, as you’ll almost always nuke your device if you try it on your own.

No one wants a silent device because your phone thinks an imaginary headphone is plugged in. When this happens, you can always fix it by trying some basic tricks to get your phone thinking correctly again.

If those don’t seem to work, you may need to replace the entire segment controlling the functionality of your device’s headphone jack. In short, follow all the tips in this article and get a functioning device in no time.