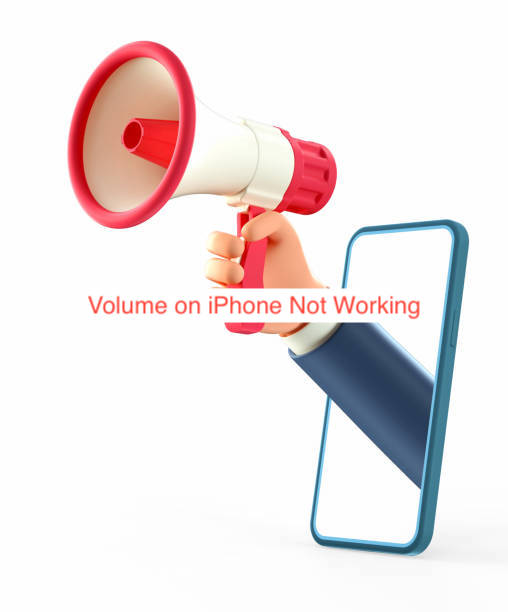 An iPhone typically outputs information through the display as a video output and the speakers as audio output. When either of these output sources stops working properly, your user experience becomes subpar, prompting quick troubleshooting procedures and fixes.

There are a couple of reasons the volume on your iPhone might not be working. In most cases, you’ve turned the volume so low that it becomes hard or even impossible to hear. Sometimes, it’s a problem with the phone’s hardware, and maybe whatever you’re watching doesn’t have audio.

Whatever the problem is with your iPhone’s sound and/or volume buttons, this article will try to provide a fix. Here, I’ll show you the top ways to fix the volume buttons on your iPhone or replace it to enable you to consume your media content at a favorable volume.

Why is my iPhone volume suddenly not working?

There are many things that could make your iPhone volume to stop working. It could be speaker damage, an earphone is stuck in the jack, it could also be your iPhone is on silent.

In this article, we have outlined the several ways you could get rid of this volume problem on your iOS.

How to Fix Volume on iPhone Not Working

iPhones have included volume buttons for as far back as anyone can remember. The idea of volume buttons is simply to enable you to reach for them and adjust your device’s sound intensity without having to navigate to your Settings app. Over the years, it has proven to be a genius and indispensable idea.

However, it’s not uncommon to find iPhones with faulty volume buttons for several reasons. When that happens, the user momentarily loses the ability to change the loudness of the sounds coming from their device on the fly, and trust me, it’s not a pleasant experience.

Besides not being able to adjust your volumes, losing the functionality of the volume keys will also make it impossible to use functions like the screenshot shortcut, and the ability to restart your phone; the limitations are endless.

Here are some potential fixes to try when the volume buttons or your iPhone’s sound stops working altogether.

The iPhone has two different volumes: the ringer volume that controls alarms, system alerts, notifications, and other system sounds. There’s the media volume that dictates the intensity of the sound in apps, games, music, and other media.

Interestingly, it’s possible to completely silence the media volume having no effects on the ringer volume, and the reverse is also the case. For instance, increasing your volume on the phone’s home page only affects the ringer volume, not affect your music, videos, or games.

However, whenever you’re in an app, the volume button will always default to increasing or decreasing the volume that’s related to that specific app. For example, pressing either volume button in the Clock app will either increase or decrease the ringer volume, while doing the same in the Music app will only alter the media volume.

Thus, whenever it seems like your iPhone’s volume buttons are doing a terrible job of increasing the loudness of the phone’s audio, consider adjusting the volume within the said app. The problem might be you altering the wrong volume, and that happens more often than you think.

If you use headphones with your iPhone frequently, that might be the source of the problem. Sometimes, your iPhone may not register the removal of a pair of headphones properly, leaving the device stuck in headphone mode.

When that happens, your phone will continue to route audio through the now nonexistent headphones, which isn’t what you want. The obvious consequence of that is your device not outputting any audio since the preferred audio source is nonexistent, to begin with.

Fortunately, there’s an easy fix for that. When you suspect your iPhone is stuck in headphone mode, consider inserting a pair of headphones into the device and then remove it again. Doing that should bring the phone back to its senses, making it route audio through the default speaker again.

If your volume buttons seem to not work, the problem might be with the phone’s speakers. When your speakers malfunction, you won’t hear any audio from your iPhone, regardless of how loud you set the device to be.

Before concluding that the problem is with the volume buttons, consider testing your speakers to ensure that they work. In most cases, when audio plays when you connect to external speakers but your phone stays silent otherwise, you know exactly where the problem is coming from.

Repairing your iPhone’s speakers shouldn’t cost too much. If you think it’s expensive, consider comparing it to how much it costs to replace a cracked or faulty screen on the same iPhone.

If, after testing the speakers, they appear to work perfectly, consider repairing the volume buttons. An authorized Apple technician should be able to replace both volume buttons with alternatives that work just as well as the original parts from the factory.

Just like the speaker replacement, replacing or repairing your volume buttons shouldn’t be unbearably expensive. For a couple of dollars maximum, you should have a new set of volume buttons at your service, working just as well as when your iPhone was new.

Before repairing or replacing the buttons, you can replace them temporarily with the AssistiveTouch feature from the accessibility settings. AssistiveTouch gives you access to software alternatives to the volume buttons, but with limited functionality. For example, forget about using the screenshot shortcut or restarting your phone with the power buttons on your device.

Still, having a way to temporarily increase or decrease the volume of audio on your iPhone will always be better than nothing.

The volume buttons on your iPhone are probably the most essential hardware components for a variety of reasons. Apart from being the primary way to alter the loudness of audio, the volume buttons are also useful for screenshots and restarting a device.

If you have faulty volume buttons on your iPhone, this article is a guide on what to do for a fix. After implementing all the steps in this guide, you should have an iPhone with perfect volume buttons.