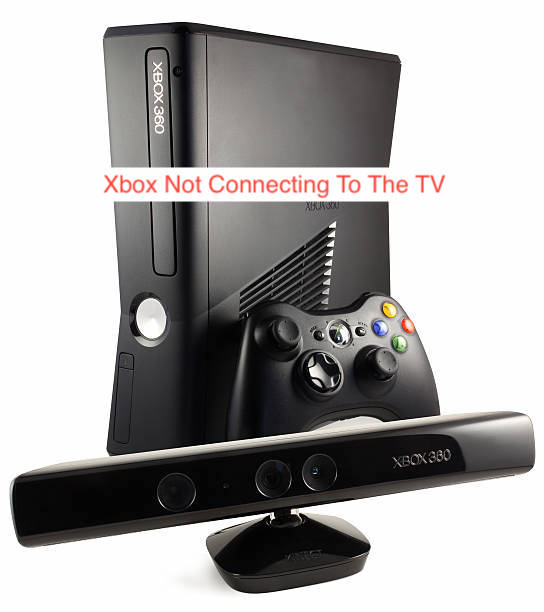 How To Fix Xbox Not Connecting To The TV

Sometimes, all you need to fix your problem is a simple reboot. Sometimes, though, that isn’t enough—your cable box might have issues. Try turning off your cable box and unplugging it from your wall for at least 10 seconds.

And if you have a satellite, try unplugging that from power as well—if there’s an issue with its connection or transponder frequency, sometimes a hard reset can fix those problems as well. (If neither of these works, skip ahead to Test Your Cables.)

If you don’t hear audio or see the video when connecting your device to your TV, but get a solid green light instead, there are two things to check: how tight you’re securing your HDMI cables into place and whether they’ve become damaged.

Damage comes not only from bent pins within those ports but also simply by stripping away too much plastic around either end of an HDMI cord until there’s exposed copper wire that then touches other metal objects next to it inside whatever piece of hardware houses its connectors.

Make sure that your HDMI cable is connected and that it’s properly seated. Sometimes, cables aren’t completely inserted into their corresponding ports, which can cause no end of issues. Remove and reinsert them to ensure they’re firmly secured.

The same goes for any AV cables you might be using; if you switch from playing games on a console to playing them on a computer or something else, be sure your video output is set up correctly. For example, some newer game consoles only output in HDMI (or one specific format), so make sure that both your screen and whatever you’re using are compatible.

An easy way to fix your Xbox One not connecting to your TV is simply by making sure it’s up-to-date. While a lot of gamers don’t see updates as being something they need, they do a great deal to fix small issues and preventing problems down the road.

So even if you feel you’re running on an older version of firmware and are having no issues, we suggest updating anyway. The downside is almost nonexistent, and doing so can keep you from experiencing an issue in another area of your console later on down the line.

To update your Xbox One manually, go to Settings > System > Console info & updates > Keep my system up to date. You can also check for any new system updates right on your home screen. Simply press the menu (the button with three lines) and then select System > Updates.

You should get a prompt that says there’s an update available—just follow through with those steps, and your console will be good to go!

Rebooting both your console and your router is an easy fix for most connection issues. With either your console or router still on, unplug everything and wait 10 seconds before plugging them back in. If you’re still having problems, move on to step two.

Reset your router: To reset your home network’s wireless router, unplug its power cord from the wall outlet and leave it disconnected for up to 30 seconds before you plug it back in. Once you’ve plugged it back in, press any button on its control panel and wait while it cycles through its startup procedure again.

Speedtest is a great tool for checking your download and upload speeds. If you’re getting slower-than-expected results here, call your ISP (internet service provider) to see what they say about it.

Run speed tests multiple times: Speedtest results can vary wildly depending on when you run them.

Sometimes, it may be as simple as a software issue on your television. Make sure that your software is up-to-date. While you’re at it, check out other settings on your TV and make sure there isn’t anything that might block or delay a signal from getting to your console.

If you’re using an HDMI cable with an ethernet connection, make sure they are connected properly (cable plugged into both devices and firmly into wall outlets).

Also try switching between different HDMI ports on your TV, even if they are all displaying different content. And last, if you have a second HDMI port available on your TV, plug in another device like a Blu-ray player and see if it works. If so, then it’s likely an issue with just your console.

READ MORE: Xbox Mic Not Working? Here’s How to Fix It

This article has shown you how to fix Xbox not connecting to the TV. Do you have any other problem you’re facing on your Xbox? drop them on the comment section and we would find a troubleshooting tip for you.