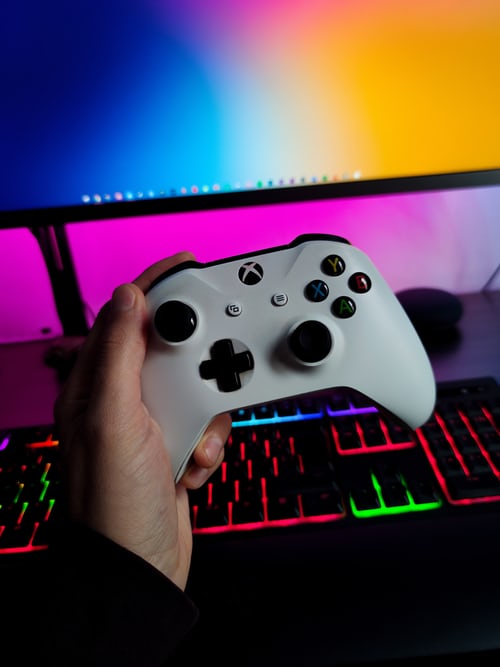 Almost everyone is searching for the best Windows 10 version for gaming. Gaming performance on a PC depends on a whole lot of factors. There are the obvious ones like the CPU, GPU, and RAM, but is that all there is to make a game work perfectly on a computer?

Of course not. While your computer hardware goes a long way to ensure that you get consistent frame rates in games, some software details also matter.

Since the operating system is the most crucial piece of software in a computer, your OS choice will go a long way in determining how perfect your gaming experience will be.

However, everyone knows Windows 10 as the gamer’s OS of choice. But because of the various versions of Windows 10 in existence today, it’s almost ridiculous to recommend ‘Windows 10’ to someone.

Windows 10 Home, Pro, or Enterprise; which of these versions is best for a gaming computer?

When setting up a gaming computer, you must make many choices. Unfortunately, you don’t get much help while making these choices, potentially leading you to make the wrong choices.

When you try to install Windows 10, you will have an option to choose between a 32-bit version and a 64-bit version.

While intuition will lead you into installing the 64-bit version, that’s the version you should install if you plan to do anything productive on your computer.

While some old processors don’t support the 64-bit instruction set, you shouldn’t be using that for gaming (or anything else) anyway.

A 32-bit computer can only utilize 4GB RAM effectively. Also, a program can’t access more than 2GB RAM at once on a 32-bit Windows OS.

However, a 64-bit computer can use ridiculous amounts of RAM, with a theoretical limit of around 17 billion gigabytes. While operating systems do place practical restrictions, programs can access as much RAM as they want, as long as you have more available.

Here is a list of all Windows 10 versions and all relevant information that will help you make the best choice for your gaming computer.

This is the basic version of Windows 10 and is also the best for most users, including gamers. Windows 10 Home has everything you need to run your favorite games and more.

Windows 10 Home features the infamous Game Mode that boosts gaming performance on your computer. Also, this feature lets you play and stream your games without needing external software.

You can also use the Game Bar, a gaming feature on Windows 10 Home with Game Mode. While this may mess with your gaming performance sometimes in full screen, it shouldn’t be a common occurrence.

However, if you’re not that one person that plays Assassins Creed and Crysis 3 side by side while rendering a 60fps 8K video simultaneously, you should be okay with 128GB RAM or less.

However, if the RAM isn’t enough, you can try the professional version of Windows 10.

Windows 10 Pro just isn’t made for gamers. While it has most of the features that make the Home version come top, the Pro version takes things to the extreme.

Firstly, a gamer needs a computer that doesn’t mess games up with updates. Windows 10 Pro fails at this. In addition to all the regular updates that you get with Windows 10 Home, you also get extra security updates for businesses.

If your primary use case is gaming, there is no reason you should shell out the extra bucks for a Pro license.

However, if you use your laptop for work and games on the side, the Pro version of Windows 10 may be worth another look.

Also, if you emulate games, you can use Hyper-V, which only works on the Pro and Enterprise versions of Windows. Otherwise, stick with your Home license.

And Windows 10 Pro supports up to 2TB RAM, although you’ll never need up to that much memory. Also, there’re a Windows 10 Pro for Workstation that lets you install up to 6TB RAM; just saying.

I’m not sure why this had to make it into this list, but it’s not worth considering. Some gamers find themselves stuck on the Enterprise version of Windows 10 and wonder if it’s a good fit for gaming.

Short answer: it’s not. Windows 10 Enterprise is designed for Network Admins to manage computers in a network. It’s not something you just buy to play Assassins Creed or Call of Duty.

Lest I forget, Windows 10 Enterprise is completely stripped of Game Mode or Game Bar; or any other gaming-specific features whatsoever.

Bottom line; don’t try running games on the Enterprise version of Windows 10 if you’re not the one managing the network of computers.

If you were searching for the best Windows 10 version for gaming and you are a regular gamer who plays Pubg and Call of Duty, to get the maximum performance from your PC, Windows 10 Home is the best for you.

If you’re that single person who needs more than 128GB RAM to run a custom-built, ultra-tasking game, you can go for the Pro.

Every other Windows 10 version asides from the Home and Pro isn’t really for gamers, so you shouldn’t even consider those.

And hey, only install the 64-bit version of either of these operating systems!