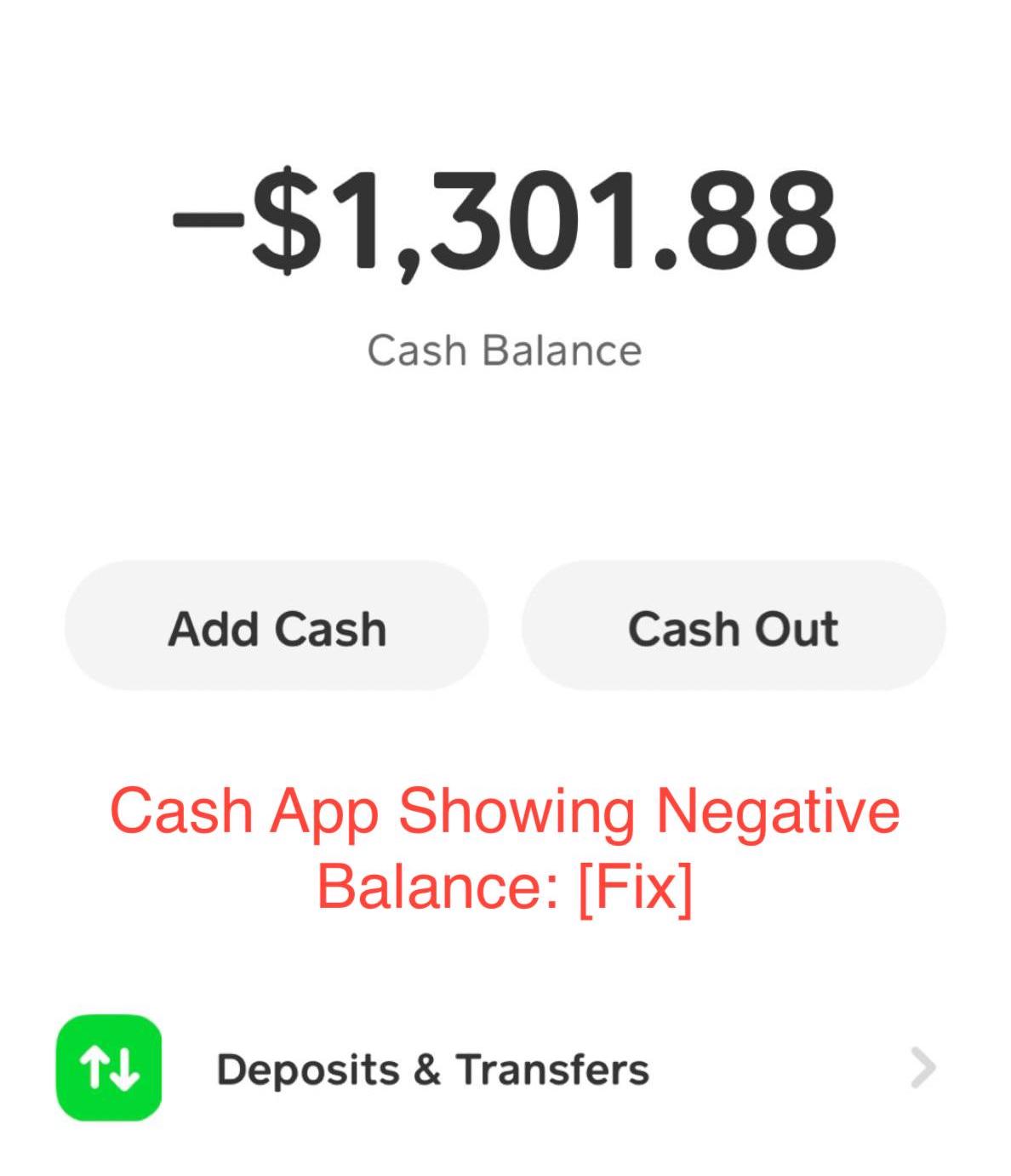 In this article, I’ll show you why Cash App is showing a negative balance, especially if you haven’t borrowed money from the platform (it’s possible). Also, you’ll learn what that negative balance means and how to get rid of it from your account.

Can You Have a Negative Balance on Cash App?

The fact that you’re seeing a negative balance on your Cash App is enough proof that it’s a possibility. There are certain scenarios when Cash App will show you a negative balance to indicate that you may have to forfeit some of the money you receive to the account to balance your sheet.

There are several reasons why that may be the case. However, all of the reasons we know at the moment are long versions of the company wanting to deduct an amount you don’t have on your balance, forcing them to record your balance in the negative.

What happens then is that Cash App will have to wait until you receive money in your account. When you do, the negative amount will be deducted, leaving you with the money minus the amount you were owing (i.e. that was appearing on the negative balance).

One possibility is that you had an authorization hold on your Cash Card, and you ended up spending more than the hold. If you don’t have as much as you spent on your balance, you’ll end up incurring a negative balance since the merchant will try to deduct the money, anyway.

However, it’s crucial to note that trying to make a purchase that exceeds the amount in your Cash App account will fail since the app doesn’t support any overdrafts or payday loans for users. Getting a negative balance is strictly applicable only when there’s an authorization hold on your account.

Another possible reason why you may see a negative balance on your Cash App is because of the loan feature that was rolled out to a select few users on the app. When you borrow money, it’s only natural that your account balance goes in negative to show how much you’ll have to pay to balance up.

How to Fix Negative Balance with Cash App

When you see your Cash App balance in the negative, you generally want to fix it to return your account to how it should normally look. Since there’s usually no clear instruction on fixing it, the question of how to fix negative balance with Cash App becomes necessary.

Fixing a negative balance with Cash App could only mean one thing: paying the debt to return your account to positive. The amount with which your account is in the negative indicates how much you’ll have to pay to fix the issue, and paying it means receiving the money to the account.

If someone sends you money to an account with a negative balance, you’ll only be able to access it after the balance has been deducted. In the same vein, Cash App will deduct how much you owe before allowing you access to your money if you’re trying to fund your account using money from your bank.

If you think you haven’t done anything to deserve a negative balance, you can head over to your activity feed to see all your recent transactions. You can always dispute transactions you don’t recall initiating or approving to potentially fix the negative balance with your Cash App.

Can You Borrow Money From Cash App?

Going by what I’ve written so far, it does look like it’s possible to borrow money on Cash App, and when you do, it gets recorded as a negative balance to indicate you have to pay it back. Since most Cash App users haven’t seen any option to borrow from the app, it’s only natural that many ask about borrowing from Cash App.

In case you didn’t know, it’s possible and easy to borrow money from Cash App, but only if you fall into the category of people that can borrow money. Cash App rolled out the feature to only a few users, and if you can’t find the borrow option in the app, that means you’re not one of them.

READ MORE: What Happens When Money Is Refunded on Cash App