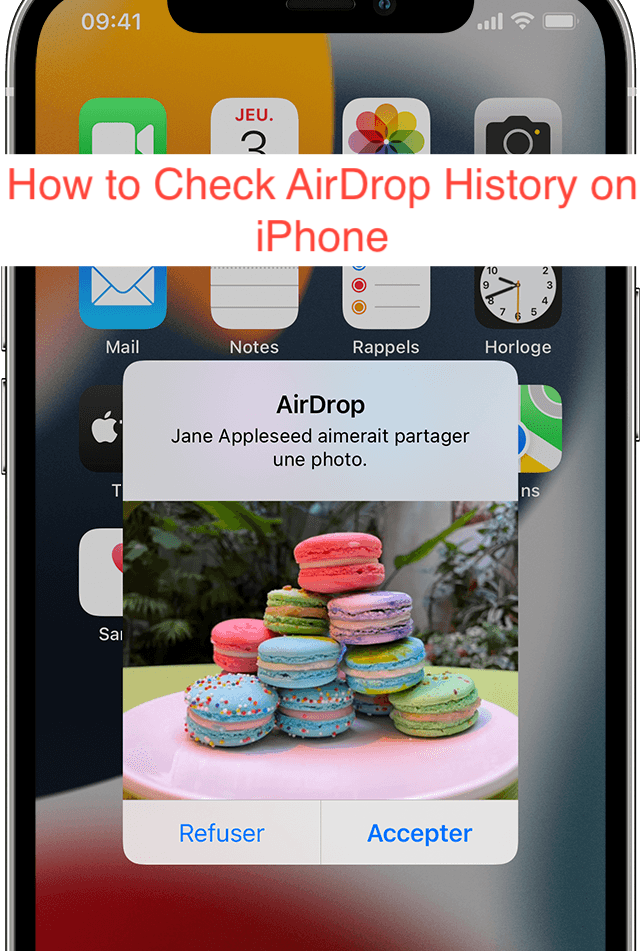 Apple launched AirDrop as an exclusive feature for its smartphones and computers, revolutionizing the way iOS and macOS share files. It retains all the file-sharing features of Bluetooth, but only makes it a lot faster with a better pairing process.

Sometimes, you just want to check if you goofed after sending a file to someone. Unfortunately, most iPhone users don’t know how they can check the history of the files they’ve sent through AirDrop.

In this article, you’ll learn how to check AirDrop History on iPhone. Also, I’ll show you how to check the same across some of the common Apple devices, including the iPhone, the iPad, and the MacBook lineup. Without further ado, let’s jump in.

AirDrop is a feature for Apple devices that enables quick sharing of photos, videos, and other files over a secure connection. The feature thrives on Bluetooth and Wi-Fi connection and is one of the fastest ways to transfer files between two iPhones, an iPhone and an iPad, an iPhone and a Mac, or any combination of devices made by Apple.

AirDrop makes it so easy to send files to nearby iPhone users that it’s almost becoming an issue. You might be on public transport, trying to scroll through Instagram, only to see someone randomly trying to send a meme to you over AirDrop.

However, you don’t have to worry about someone AirDropping viruses to you; Apple has taken care of that already. While you do see a preview of images that give everything away, you still have to accept or decline a transfer request before your phone saves the image. If you don’t want it, pressing decline is all you need to do.

If you love your phone, you may want to avoid accepting AirDrop requests from strangers. While that shouldn’t bring about any issues (most people share memes), you always want to avoid stories that touch, and it’s not even going to be that often anyway.

Can You Check AirDrop History on iPhone?

Most similar services, like Bluetooth for example, will let you see a history of every file you’ve sent and received since you’ve been using it. That makes a lot of sense, especially for someone like me who’s genuinely terrible at organization, at least, the few times I tried.

If you were hoping for something like an AirDrop history on your iPhone, you’d be in for a rude awakening: Apple doesn’t include anything of that sort on iPhones. At the moment, you cannot go anywhere on your iPhone to see files you’ve sent or received using AirDrop.

This came as a shocker since Apple is known for implementing the little features that make life way easier. When you need it, having something like this handy is a gem because it saves you years of having to scroll through thousands of pictures in your gallery to find that one a friend AirDropped you.

While it’s still not on iPhones at the moment, you shouldn’t write it off either. Apple is constantly making its operating system better, and a feature that lets you check your AirDrop history is one of the fine touches that I’m sure iPhone users will appreciate.

How to Check AirDrop History on iPhone

In case you skipped over here to get the best part of the article, I have a little disappointment for you; there’s no way to check your AirDrop history on an iPhone. Unlike Bluetooth, AirDrop has no options that let you see the history of files you’ve shared using the feature.

At this point, there should ideally be a tutorial on how to get a log of your AirDrop’s history on your iPhone, but there isn’t. If you want to have a history of what you send and received, you should consider using Bluetooth instead of Apple’s superior AirDrop.

How to Check AirDrop History on Other Apple Devices

So far, we’ve learned that it’s impossible to check AirDrop history on an iPhone, but we also know iPhones aren’t the only Apple devices that can use AirDrop. Macs, iPads, and iPods also use the feature; so, is there a way to check the history of transactions on those devices too?

Well, I’m afraid there isn’t, as AirDrop on all Apple devices looks like copy-paste of each other. To be fair, you should already have noticed that most of Apple’s features shared across their devices are literal copy-pastes, which isn’t necessarily a bad thing; it just helps in the continuity and cohesiveness.

Where Do AirDrop Files Go?

Another question that gets thrown around iPhone forums is about where AirDropped files go. If someone sends you something using Bluetooth, it goes to the Bluetooth folder, but what about AirDrop? Where do AirDrop files go?

There’s no AirDrop folder on iPhones, iPads, or Macs that house the files the devices receive via AirDrop. Instead, when someone AirDrops a file to you, it goes to the appropriate app for that file type. Recall that you can AirDrop pretty much anything on an iPhone.

If you AirDrop a note to someone, they’ll be able to find it on their Notes app. Send someone a contact via AirDrop and it will appear in their Contacts app, while a webpage will appear as a page you can open using Safari. While that makes it easier to manage those files, it also makes it more difficult to track where they came from.

At the moment, there’s no way to check AirDrop history on iPhone, iPad, Mac, or iPod. When you send someone something via AirDrop, they’ll have to go into the corresponding app to find it. If you want to check the history of your transfers, you should drop AirDrop and start using Bluetooth or something.