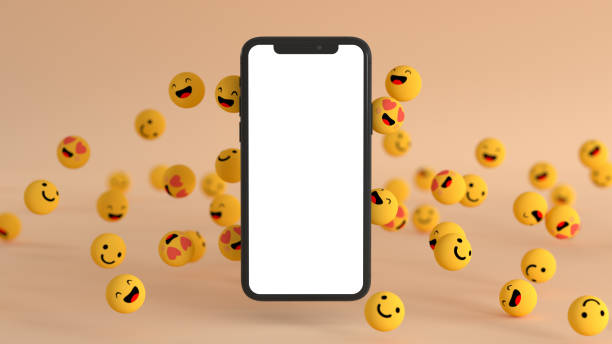 It can be unpleasant when you download a video online from any of the social media platforms and there’s an emoji blocking some parts of the video.

In this article, I will show you all how to remove emoji from video. These methods work perfectly both on android and iPhone.

Let’s take, for example, you download a video from Facebook, Twitter, TikTok, or from WhatsApp and there’s an emoji blocking a part of the video. You might feel the video is fake. In addition, if you are to repost the video, your target audience may feel the video is edited or fake.

To avoid the above, it is important to know how to remove an emoji or sticker from a video to give your video that professional outlook. This article will shed light on how to remove emojis from any video of your choice.

App To Remove Emoji/Sticker From Video

In most cases, the emoji or sticker blocking the video is usually irrelevant or is not suitable enough. Read more on how to remove emoji from videos.

How To Remove Emoji From Video

There are a lot of ways and methods which you can use in removing emojis from a video. You may have come across a lot of apps promising to help edit out the emoji from your video.

Or have you been paying someone to have your video edited? Not to worry! As you are going to learn how to remove emoji from videos all by yourself.

The following are ways to remove “Emoji From Video”

Most Android apps offer the trimming feature on the gallery, Google photos, or any popular apps used in viewing programs. What you need to do to enjoy the feature is by opening the video on any popular video viewing application program.

I am going to be using the normal gallery on your phone as an example. Simply locate the video you are trying to play and open it. While playing the video, look below your screen and you will find the Trim option. But should in case your phone does not work like that, you can also press and hold the video and click the 3 dots icon on the top right-hand side of your screen.

Once you’ve found the trim feature on your gallery, you can proceed by using it to remove an emoji from your video.

How to remove Emoji from Video on Android

You might still wonder how your normal gallery can help remove emoji from a video. Let’s take, for example, Alex was watching a video he downloaded from his phone and he noticed something that looks like a pop-up ad on the video. The emoji appeared during the video within some time intervals.

Alex can easily crop out the emoji from the video by slowly adjusting the meter below his screen. Once done, he can then delete the original copy.

Alternatively, you can download Youcut mobile app from the Google play store and use it to cut out the emoji you dislike from the video.

The downside of the above method of removing emojis from a video is that you cannot have your video in one piece as it will be separated, but you can use any video app to merge your videos.

Another proven way of removing Emoji from a video is by adding your very own customized emoji. We often download videos from the internet just so we can repost them to our targeted viewers. You can add your emoji. Hence, use the video to promote your brand.

Let’s take, for example, Desmond downloaded a marketing video from WhatsApp and there’s a sticker blocking the video. The sticker could represent a brand of the video publisher, which simply means that Desmond would indirectly be promoting this other brand when he posts the same video.

Step 1. Go to your Google play store and download a sticker maker app and a free video editor app. Ensure you check and read the reviews on the sticker apps to download a good one. I’ll recommend the Viva Video app.

Learn how to make WhatsApp stickers!

Step 4. The app allows you to add a sticker of your choice to a video.

The sticker you add automatically covers the previous emoji on the video.

WhatsApp, a popular social media chatting app can also add emojis to a video. What you need to do is to try sending the video of your choice to anyone on your contact or to anyone sure will send back the video to you.

Before sending, ensure you click the icon at the top of your screen to choose any emoji or sticker from your phone.

You can then add any sticker or emoji to block any pre-existing emoji or sticker. There’s without a doubt that removing Emoji from video gives credibility.

How to Remove a Sticker From a Video in Seconds

to upload a video and crop online.

There are multiple third-party software programs that will allow you to remove the emoji sticker or any other image, including emoji, that is in your video.

After uploading your video file into the program, select what frame of the video you want it removed and then choose how much of the clip should be removed.

To preview before saving your changes, use one of the live preview features offered by each different software. Â When removing images with audio, some third-party editing software may prompt you to find an area without audio or replace the audio with silence so as not to delete anything important.

If these methods do not work for you, there are also many tutorials on YouTube demonstrating how to edit videos using other popular editing software such as Adobe Premiere Pro CC.

READ MORE: How to Get iPhone Emojis On Android Without Root

READ MORE: How To Delete Recently Used Emojis On Android

READ MORE: How To Delete Certain Emojis On iPhone

This article has shown you how to remove emoji from videos. One way is to take your clip and overlay it with the green screen. This removes all background objects and makes the emoji easier to find. Another way is to use After Effects which has a masking option which will remove just the specific color you want.

There are many other editing programs that have similar options, but using this one is a good start if you’re new to video editing or just don’t have any experience at all.