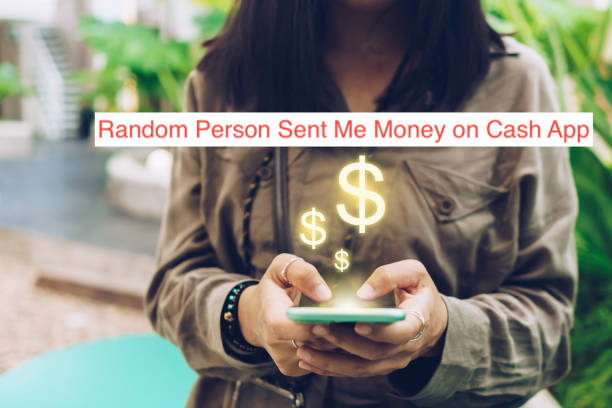 However, the worst possible thing to do when a person sends you money is to send it back. The reason you shouldn’t ever do that is that it could be an incoming transfer scam. If it is, the sender may plan some elaborate scam that will involve the transaction being canceled.

Why Did a Random Person Send Me Money on Cash App?

If you received money from a random person on Cash App, it doesn’t necessarily mean it’s 100% a scam. In some cases, the “random” sender mightn’t be that random; just that you didn’t know who it was yet. For that reason, you should always stay calm and try to understand the situation before reacting.

There are many possible reasons you might have received a transfer from someone that appears random on Cash App. Here are some possible reasons a random person may send you money on the app.

This is the likeliest reason you’d receive a transfer from a random person out of the blue on the Cash App. Especially in the case of a Cash App to Cash App transaction, the only reason someone may have sent you money they didn’t owe was if they made a mistake when typing the recipient’s details.

It may seem like mistakes are unlikely on Cash App, but that’s not the case. If you have a username, that’s pretty similar to that of others, like $JohhnDoe for example, someone trying to send money to $JohnDoe might send the money to you by mistake.

Another common scenario where a random person will send you money on Cash App involves a friend or family member paying you using someone else’s bank account. It’s a pretty common thing, but if you weren’t told before the fact, it could make it seem like you were receiving money out of the blue.

To determine if that might be the case, try to recall if you recently lent someone the exact value of money you received. If you did, you may want to call that person to ask if they facilitated the transfer through someone else before accepting the cash transfer.

If it’s neither a mistake nor a transfer from someone you know, someone is likely planning to scam you of your money on the Cash App. While it may sound weird that a scammer will send you money first, several kinds of scams involve that exact sequence, which starts from the scammer sending you money.

While Cash App is not the best platform for an incoming transfer scam, people still try to use the app for the purpose. If you think the transfer is certainly a scam, you may want to head over to the next section in this article to learn what you should do in that case.

The preceding section has explained why a random person may send you money in detail, and now all you need to know is what to do when that happens. While you may be inclined to block the sender instantly, that may not be the best option in most scenarios.

If you noticed, I outlined a couple of scenarios that could be the case if you received money from a random person on the Cash App. The first step to doing the right thing is finding out which of the scenarios apply to you before acting accordingly.

In the event of a transaction being sent to you by mistake, you could send the money back to the same Cash App account with a description that they sent it to the wrong account. Alternatively, you can wait until they send a refund request and approve the request.

If it’s a scam, you should consider contacting Cash App support instantly to report the transaction and safely get rid of the money. While I haven’t seen a case, there’s a possibility of the sender canceling the transaction successfully, and if you already went ahead to refund the transaction, you’d have lost a couple of bucks.

For the final possibility, you can accept the transfer and forget about refunding the transaction if you’ve confirmed it’s from an insider. It doesn’t matter who sent the money to you. As long as you can confirm the money is to repay what someone owes you, you’re free to keep it with no risk of falling into a scam.

Receiving money randomly from a stranger sounds weird in the real world, but even more so on Cash App for several reasons. For one, it could open the door to more damaging scams, which may see you to lose money continuously from your Cash App account.

If you’re worried about the security of your money, you should calm down. Try to confirm if the money is indeed from a stranger or just from a strange account. If it’s from a stranger, contacting Cash App to let them know about it might be the best option.