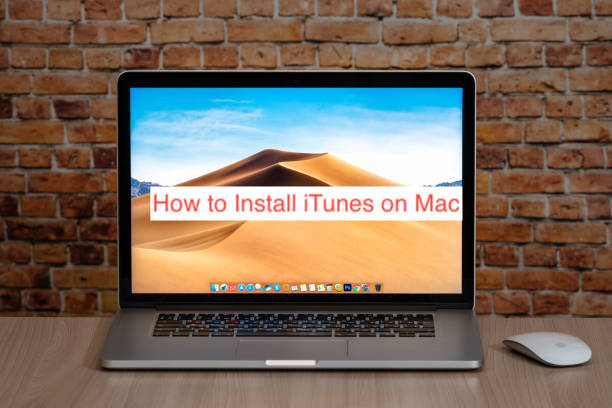 The iTunes app was recently replaced with the Apple Music app that works just as well, but for music. When talking about any of the other many features that iTunes included, you’ll notice why Apple Music struggles to keep up with the popularity of iTunes.

Can You Use iTunes on Mac?

If you’re running macOS Catalina or later, you’ll notice that the iTunes app is nowhere to be found on your computer. That isn’t an error. By the time Apple released macOS Catalina, they’d successfully phased out iTunes, replacing it with a bunch of new dedicated Apple apps instead.

You don’t have to worry about installing these apps separately since they already come pre-installed on your Mac. They work as perfectly as iTunes does, and it’s even more intuitive to have your content across several apps instead of combining everything in one clunky app.

If you’re a curious techie, you may want to ask: what happened to iTunes on Windows? One thing we know is that Apple never released Apple Music on Windows (they did on Android, for some reason), nor did they release Apple TV, Apple Books, or Apple Podcasts.

For that reason, it makes sense that you can still access iTunes on Windows. It’s important to note, however, that people use iTunes for Windows for backups and related functions much more than they use it to manage their music and media libraries. There is a far better solution for music that doesn’t make iTunes worthwhile anymore.

How to Install iTunes on Mac

If you’ve already updated your Mac to macOS Catalina, there’s currently no official way to run the Mac version of iTunes on the computer. However, there are a couple of workarounds that make it possible to use iTunes without having to buy a separate Windows computer.

For one, you can use Bootcamp to run a version of Windows on your Mac to get started. Alternatively, you can avoid updating to any macOS version later than Catalina to have continued access to the Mac version of the iTunes app.

Here are the steps required to use each of the tips above in detail.

If your Mac cannot update past macOS Mojave, you can use iTunes forever or until Apple decides to pull the plug on the app. This method is also possible if your computer can update past it, but you chose not to, solely because of iTunes.

You must use a pretty old Mac if you can’t update past Mojave, but that’s beside the point. The point is that you can always head over to the App Store to find and install any updates to the iTunes app if any are available.

The latest version of iTunes for computers running macOS is 12.8. If you’re already at this version, you shouldn’t worry about updating; otherwise, you should consider updating the iTunes app. Updating should let you access all the functionality that comes naturally with iTunes.

If you use a Mac that runs on an Intel processor, you can run both macOS and Microsoft Windows equally well. With that said, you can always use Bootcamp to start up in Windows each time you need to run the Windows version of an app that has no Mac alternative.

Since iTunes requires you to “not” update your operating system to keep using it, we can safely classify it as unusable on macOS. That alone makes it logical to try running it from the Windows that the Bootcamp feature offers on some Macs.

Before moving on, it’s crucial to note that you cannot use Bootcamp on devices running on the Apple silicon. You’ll need an Intel-based Mac to run Windows using Bootcamp, and even with that, Windows 10 is the only available version, no thanks to the TPM requirements of Windows 11.

Once you get Windows up and running using Bootcamp, you can head over to Chrome (from Windows) and install iTunes. After the installation, you can open the app, log into your account and you’ll have the full functioning iTunes app as you knew it.

READ MORE: How to Rename Folder on Mac

Installing iTunes on a Mac became impossible with the release of macOS Catalina, with Apple Music, Podcasts, TV, and Books, replacing the aged and insanely popular app. If you can find a way to downgrade your Mac to macOS Mojave or earlier, it might be possible to install iTunes.

However, you can always run Windows using Bootcamp before installing the Windows version of the app on Bootcamp. Note that computers running the M1 chip are incapable of running Windows via Bootcamp, voiding them of the possibility of installing iTunes in any way.