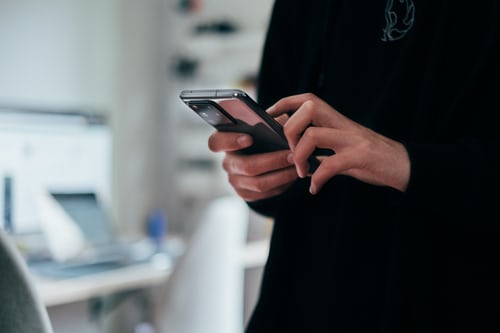 The budget Samsung a21 smartphone is a great option for those unwilling to spend thousands of dollars on a Galaxy Note smartphone. With great looks and durability, there’s little justification for choosing anything better than this device.

One aspect of smartphones that people seem to ignore is how well they take screenshots. Since any phone can capture its screen using the volume down and power button combo, people tend to forget about all other ways to take a screenshot.

If you recently got a Samsung a21, you should consider learning all the different ways to take a screenshot effectively. In this article, I’ll teach you how to screenshot on Samsung a21.

How to Screenshot on Samsung a21

The Samsung a21 is an excellent phone in all respects, but one aspect where it certainly excels is in taking screenshots. There are so many ways to capture your screen using this phone that it’s almost impossible to list them comprehensively in this article.

Since you’re willing to spend enough to get a budget phone from Samsung, you should also know how to take screenshots. Here are some of the best ways to screenshot on Samsung a21 with little effort.

It’s almost impossible to talk about taking screenshots on a smartphone without talking about this iconic key combination. For more than a decade now, the volume down and power button combo has made screenshots easy and accessible on almost every Android smartphone, and the Samsung a21 isn’t excluded.

To take a screenshot using the hardware buttons (as this method is usually referred to as), press down the power button and the volume down button for a few seconds. You should hear a mild shutter sound coupled with your screen blinking once to indicate that you’ve successfully captured your screen.

You can further edit the screenshot using the toolbars that appear after you’ve taken the screenshot. Also, you can share the screenshot to all popular social media platforms without navigating away from this page.

If you’re looking for methods unique to the Samsung a21, this isn’t one of them. Assistive touch is a feature present on many Android phones and even on iPhones to help you use your phone more comfortably.

Before you can take a screenshot using Assistive Touch on your smartphone, you must enable it first. You can enable this optional feature by navigating to the Settings app and selecting Accessibility. From there, select interaction and tap on Dexterity. This should bring up the Assistive Touch option, which you can enable the toggle to start using immediately.

After enabling Assistive Touch, you should see the assistive touch menu floating on your screen. I can’t stand this and I always use my device with Assistive Touch disabled. However, many other Samsung a21 users rely on this feature as the primary method of taking screenshots.

If you find nothing wrong with the floating Assistive Touch menu, it can always come in pretty handy each time you need to take a screenshot. Simply tap on the floating menu and choose Screenshot to take a quick screenshot of your screen.

Expectedly, Assistive Touch isn’t only excellent for taking screenshots. You can also use it to modify your device’s volume, turn off your device, activate silent and airplane modes, and access a host of other functions on your smartphone.

An option to take screenshots that’s only available on Samsung smartphones is Bixby; Samsung’s official AI assistant. Just like Google Assistant, you can always invoke Bixby at any time to help you take a screenshot whenever you need one on your Samsung a21 smartphone.

There are two ways to use Bixby, depending on which one is most convenient for you. You can either call out: “Hi Bixby,” which is the option I see most people using. Alternatively, you can press down the power button, which doesn’t sound logical if you’re only trying to take a screenshot.

Whatever way you decide to invoke Bixby, you can always say: “Take a Screenshot” to have the assistant take a screenshot of your current screen. A pro tip is that you can also do the same with Google Assistant if that’s the AI assistant that you use most of the time.

Instead of pressing down physical buttons or calling out to Bixby each time you need to take a screenshot, there’s an alternative that works on Samsung smartphones: palm swipe. While this feature isn’t unique to the Samsung a21, it’s still available as a feature, warranting it a place here.

To use the Palm Swipe feature on your device, however, you must activate it first. You can activate this feature from your Settings app by navigating to “Advanced features” and selecting Motions & Gestures. From there, you’ll find a toggle allowing you to enable Palm swipe capture by touching a toggle.

After enabling this feature, you can always take a screenshot by the edge of your palm over your phone’s screen. While this feature is a hit or miss on most smartphones, it works surprisingly well on the Samsung a21.

When swiping your hand, however, you should do it intentionally to ensure that your phone registers it. If you don’t do it correctly, you risk wiping away whatever you’re doing, which is pretty frustrating, especially if you can’t redo it.

READ MORE: How to Screenshot in Samsung with Power Button

READ MORE: How To Take A Screenshot On The Samsung Galaxy A10

Taking a screenshot shouldn’t be hard, and sure enough, Samsung doesn’t make it hard with its a21 budget smartphone. However, it offers too many options that you may be undecided on what’s the best way to capture what’s on your screen.

To help you decide objectively without much confusion, I’ve broken down almost every way to take a screenshot on a Samsung a21 smartphone. Feel free to read this article for free, try out all the screenshot options, and select whichever one feels the most natural to you.